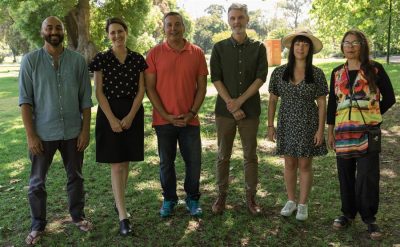 Sydney playwright S Shakthidharan and associate writer Eamon Flack have won the $100,000 Victorian Prize for Literature for their play Counting and Cracking (Belvoir and Co-Curious) at this year’s Victorian Premier’s Literary Awards (VPLAs).

The play, which follows a Sri Lankan family across four generations, was also awarded the $25,000 drama prize. It previously won seven Helpmann Awards and played to sold-out audiences at Sydney Town Hall.

The VPLA judges described Counting and Cracking as ‘a post-colonial work of sublime generosity and humour; a sober reflection of the painful path our peoples have taken to reach our shores, and a grand and moving celebration of cultural diversity and human spirit.’

The winners were announced at a ceremony in Melbourne on 30 January. The winner of each category is awarded $25,000, except for the unpublished manuscript prize winner, who receives $15,000, and the winner of the people’s choice award, who is awarded $2000.

Last year, writer, journalist and Iranian refugee Behrouz Boochani won the $100,000 Victorian Prize for Literature for his book No Friend But the Mountains: Writing from Manus Prison (Picador).

The 2020 winners were chosen from shortlists announced in December 2019. For more information about the awards, visit the Wheeler Centre website.