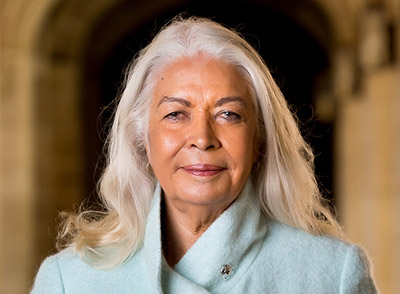 The annual Byron Writers Festival (BWF) Thea Astley Address, presented by Marcia Langton this year, will be available as a podcast, and the festival is offering free digital sessions in place of the cancelled 2020 event.

‘Ordinarily at this time, we would all be gathering on Bundjalung Country in beautiful Byron Bay for three days of storytelling, conversation and ideas,’ said BWF director Edwina Johnson of the festival that was due to run from 7–9 August. ‘But of course these are not ordinary times.’

During what would have been the 24th annual festival, BWF will release a series of free newly curated digital offerings, including new Conversations from Byron podcasts featuring interviews with writers who would have attended the 2020 festival, as well as video presentations and schools program sessions.

Marcia Langton’s keynote address will also be released as a podcast this week, with the transcript to be published on the Conversation.

In her address, Langton points out that novelist Astley, for whom the annual address is named, ‘passed on in 2004, the same year as Mulrunji (or Cameron) Doomadgee who died in a police cell on Friday, 19 November in an encounter with Sergeant Chris Hurley. Chloe Hooper’s The Tall Man, published in 2009, is an account of the events that followed. It seems that every generation needs to be told why Black Lives Matter. Here we are again.’