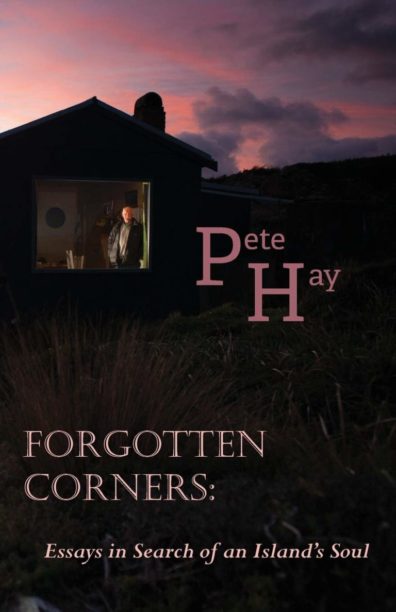 Tasmanian writer and activist Pete Hay has been awarded the inaugural Small Press Network (SPN) Book of the Year for his essay collection Forgotten Corners: Essays in search of an island’s soul (Walleah Press).

Forgotten Corners is Hay’s second essay collection, and is described the author as an exploration of ‘a certain grain within Tasmanian life’. Judges Melissa Cranenburgh, Jane Rawson and Jackie Tang described Forgotten Corners as an ‘unexpected gem’ by ‘a much-loved Tasmanian author who deserves much wider recognition’.

‘The great delight is Hay’s quiet mastery of the literary essay,’ said the judges. ‘Hay is thoughtful. Down-to-earth. Often self-effacing. His streams of self and societal reflection feel clear and refreshing even—or perhaps especially—while pulling the reader through treacherous currents. These essays are beautiful. They will stay with you.’

Hay’s book was chosen from a shortlist of seven, with the author and publisher to receive $1000 each, courtesy of ongoing sponsor the Australian Booksellers Association and new sponsor ArtsHub. As previously reported by Books+Publishing, SPN renamed its annual Most Underrated Book Award (MUBA), established in 2012, as the Book of the Year Award last year. Last year’s winner was Songwoman by Ilka Tampke (Text).

The SPN Book of the Year Award ‘aims to recognise some of the most groundbreaking books being produced by independent publishers today’. For more information about the award, see the SPN website.