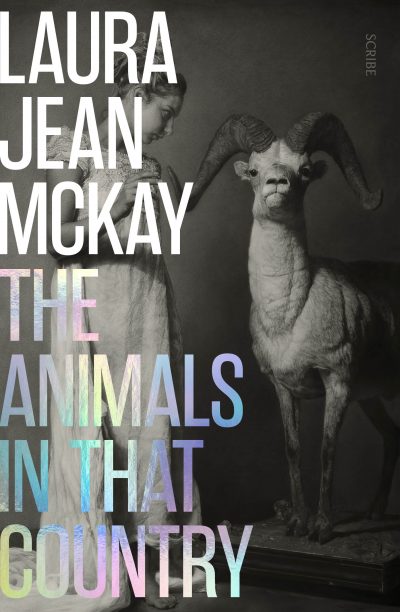 Laura Jean McKay has won Australia’s richest literary prize, the Victorian Prize for Literature, for her second book The Animals in That Country (Scribe)—‘a literary spec-fic novel that imagines a world in which humans and animals might finally understand each other’ as the result of a pandemic. She’s one of several authors in recent months to have picked up a major prize for their first or second book.

Lucy Treloar has won the biennial Barbara Jefferis Award for her second novel, Wolfe Island ​(Picador). The award is presented for the ‘best novel written by an Australian author that depicts women and girls in a positive way’.

Rebecca Giggs picked up awards in both Australia (the Nib Literary Award) and the US (the ALA Andrew Carnegie Medal) for her debut nonfiction book Fathoms: The world in the whale (Scribe), a work of narrative nonfiction that blends natural history, science and philosophy. In 2018 Scribe sold North American rights to Fathoms to Simon & Schuster for a ‘record six-figure nonfiction deal’.

Novelist Gregory Day won the Patrick White Literary Award for authors who ‘have made a significant but inadequately recognised contribution to Australian literature’. Day is the author of five novels, including his most recent, A Sand Archive (Picador), which was shortlisted for Australia’s pre-eminent fiction award, the Miles Franklin.

Other awards announcements in recent months include: