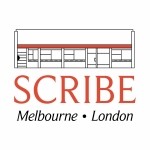 Scribe has acquired UK & Commonwealth rights in Zero Fail: the rise and fall of the Secret Service, by Carol Leonnig. On release last week in the United States it became a #1 Amazon bestseller, and has since generated widespread publicity.

Ms Leonnig is the co-author of A Very Stable Genius and a foremost investigative reporter at the Washington Post, where she has won numerous awards for her work, including three Pulitzer Prizes.

Scribe’s publisher, Henry Rosenbloom, said, ‘Zero Fail is a unique, deeply researched, and riveting account of what’s gone on and what’s gone wrong at the US Secret Service. It’s revelatory, in the deeply immersive investigative-journalism tradition of major books such as Dark Money by Jane Mayer and Billion Dollar Whale by Tom Wright and Bradley Hope.’

Scribe acquired the rights in a pre-empt from Natasha Fairweather at the RCW Literary Agency. It will publish Zero Fail in early July.

Entries now open in the Melbourne Prize for Literature 2021 Classifieds