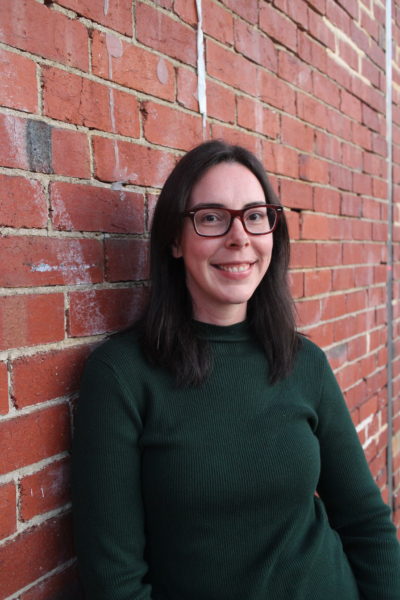 Perth writer Brooke Dunnell has won the Fogarty Literary Award for her novel The Glass House.

Dunnell receives a $20,000 cash prize from the Fogarty Foundation and a publishing contract with Fremantle Press. Her winning manuscript centres on 36-year-old Julia, who takes a break from her faltering marriage in Melbourne to help her ageing father move out of the family home in Perth. While visiting, she bumps into a childhood friend who is keen to reignite their friendship and gets overly involved in Julia’s life without being very open about her own. At the same time, Julia starts having dreams about a shadowy male threat against her stepdaughter.

The judges said The Glass House is ‘an assured work of fiction, full of well-drawn characters, an involving plot and an ultimately affirming message … full of tension, complex emotion and surprises’. The novel was chosen from a total of 38 entries to the 2021 prize, including 19 young adult manuscripts, six works of adult speculative fiction and eight adult contemporary fiction novels.

The shortlist for the biennial award, which is open to Western Australian writers between the ages of 18 and 35, also featured Patrick Marlborough’s novel ‘A Horse Held at Gunpoint’ and Georgia Tree’s memoir of her father ‘Old Boy’. Marlborough and Tree will work with Fremantle Press publisher Georgia Richter to further develop their manuscripts.

Dunnell, who turned 35 just one week after entries for the award closed, said the Fogarty deadline pushed her to finish her manuscript. ‘In other circumstances I might have run out of puff and started to second-guess myself before getting it to the level where I was happy to have others read it,’ said Dunnell. ‘Because I began and finished writing the manuscript so close to the deadline, I didn’t have the chance to share it with [my] readers … so I couldn’t be sure whether everything was working the way I intended.’

Fremantle Press CEO Jane Fraser said the Fogarty Literary Award had already unearthed a wealth of talent: ‘The winner, shortlisted and longlisted writers for the first Fogarty Literary Award have become an integral part of the Fremantle Press community. We’ve published five books by the Fogarty alumni to date and we’re thrilled by the responses we’ve had from reviewers and the reading public.’

The official award ceremony, hosted by 2019 winner Rebecca Higgie, featured readings from The Last Bookshop by Emma Young, Where the Line Breaks by Michael Burrows and The Little Boat on Trusting Lane by Mel Hall, all of which were books shortlisted or longlisted for the inaugural Fogarty Literary Award.

The Glass House is scheduled for publication in 2022.