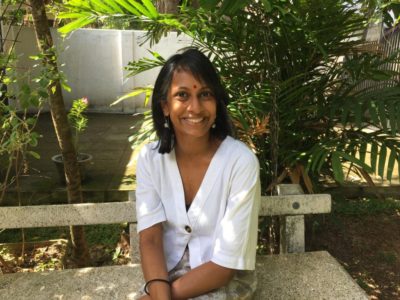 Sri Lankan writer Kanya D’Almeida has been named the overall winner of the 2021 Commonwealth Short Story Prize for her story ‘I Cleaned The—’.

D’Almeida’s story is about “‘dirty work’: domestic labour, abandonment, romantic encounters behind bathroom doors, and human waste’. Judge Khademul Islam described it as ‘a life-affirming story of love among the rambutan and close trees of Sri Lanka—love for a baby not one’s own, love for a high-spirited elderly woman. Love found not among the stars but in human excrement.’  D’Almeida receives £5000 (A$9218).

For more information about this year’s prize, and the overall winner, see the prize website.