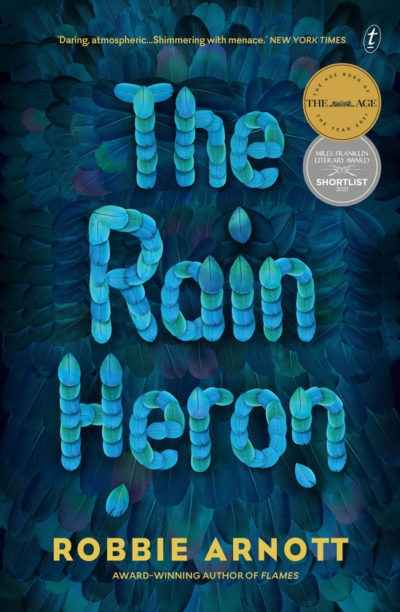 ‘The Rain Heron’ wins Age Book of the Year

Robbie Arnott has won the 2021 Age Book of the Year for his novel The Rain Heron (Text). It’s the 40th time the award has been presented following a nine-year hiatus.

Arnott receives $10,000 courtesy of the Copyright Agency’s Cultural Fund. The Rain Heron was chosen from a shortlist of seven announced in August.

The Age editor Gay Alcorn said The Rain Heron is an ‘extremely well-deserved book to win … exceptionally original, I’ve never read anything like it. Hugely imaginative and lyrical, but also grounded in some deeper issues about the climate and what human beings do to [it, and] trying to redeem ourselves in some ways about what we’ve done to the world we’re living in.’

The judges for the 2021 award were poet Thuy On, editor and author Susan Wyndham and the Age books editor Jason Steger.

‘The Age Book of the Year was awarded to many great books over its first four decades, and it’s wonderful to see the prize’s resurrection in 2021: a glimmer of light in a dark time for the arts,’ said David Winter, Arnott’s editor at Text.

‘The team at Text are over the moon that The Rain Heron was chosen from an incredibly strong shortlist heavily weighted to the island state. It is an astonishing, transporting novel that invites us to look differently at the world we inhabit. Robbie Arnott is one of the most thrilling and distinctive writers at work in Australia today. His two brilliant novels have won fans from Launceston to London, and like them we can’t wait to see where his fiction goes next.’

The winner of the Age Book of the Year was announced online following the cancellation of the live components of Melbourne Writers Festival; the winner was originally scheduled to be presented at the opening night event.