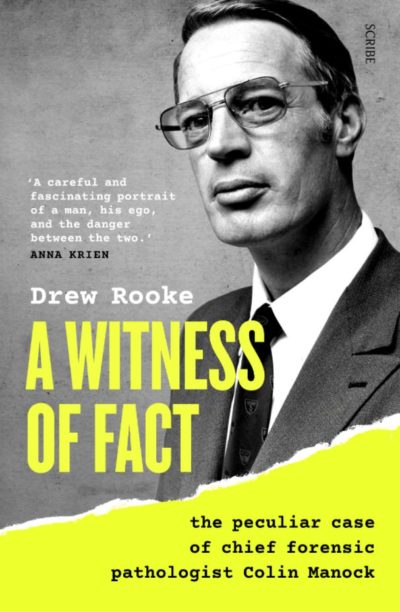 Scribe has acquired world rights in A Witness of Fact: The peculiar case of chief forensic pathologist Colin Manock by Drew Rooke.

Scribe’s publisher, Henry Rosenbloom, described the book as ‘a riveting work of investigative journalism about a disgraced South Australian senior pathologist and the legal scandals in which he became implicated. It also reveals the shaky basis of much forensic science that is still admitted in our courts.’

Scribe will publish A Witness of Fact in February 2022.

‘The Book of Chance’ Highly Commended in the Davitt Awards Classifieds