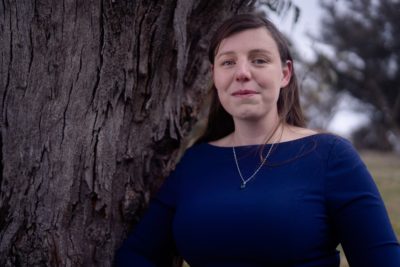 A number of debuts have been picked up by Australian publishers in recent months amid significant buzz.

The first book Wake (2022) is described by Hachette as ‘a searing crime novel’ about a rural NSW farming community still haunted by the unsolved disappearance of a nine-year-old twin girl 20 years ago. Saunders said she’d ‘been wanting and waiting to read a rural noir novel as good as Wake since trying to acquire The Dry along with every other publisher in Australia’. ‘I finally found that jewel with Wake, which is not only an unputdownable murder mystery but also a character-driven emotional drama. It’s a powerful and unsparing story of how trauma ripples outward when people’s private tragedies become public property.’

Penguin Random House Australia (PRH) has acquired ANZ rights to former music journalist Kate Scott’s debut novel Compulsion (2023), in a deal agented by Benython Oldfield at Zeitgeist Agency. Compulsion centres on Lucy, a woman in her early twenties, who bows out at the height of a promising career in the music industry to retreat to a remote seaside town. ‘Before long she has assembled a small cast to recreate her old life in hothouse miniature, full of claustrophobic entanglements and pill-blasted afternoons.’ ‘It’s notoriously hard to write elegantly about twenty somethings, sex, drugs, music and love, but Kate Scott has done it,’ said Oldfield. PRH publisher Meredith Curnow said of the manuscript: ‘I had the same feelings as when I first read The Secret History.’

Ultimo Press has acquired world rights to two books by debut novelist Zoë Coyle, in a deal brokered by Jeanne Ryckmans of Cameron’s Management. Where the Light Gets In (2022) is the story of Delphi Hoffman, ‘a wildchild living in London … finally getting her somewhat deliciously messy life together’ when she is called home to Australia to help her terminally ill mother prepare for ‘a good death’. Ultimo publisher Alex Craig said: ‘We believe Zoe has an incredible future. Her voice is unique—authentic, full of wit, wise and gracious. Where the Light Gets In is a novel women will relate to as mothers, daughters, sisters, friends.’

Penguin Random House Australia has acquired Australian rights to a debut novel and collection of essays from Jessica Zhan Mei Yu, in a four-way auction. The deal was struck between PRH publisher at large Nikki Christer and Sophie Scard at United Agents, in a joint deal with Jonathan Cape, which acquired UK and Commonwealth rights. Yu’s debut novel But the Girl (2023)—which was shortlisted for the prestigious Victorian Premier’s Unpublished Manuscript Award—is a coming-of-age story that follows a young Malaysian-Australian woman from childhood to adulthood. Exploring themes of belonging, identity, relationships, girlhood and home, the novel is ‘about learning to be at home in the world even when it won’t make a home for you’.

Finally, Allen & Unwin (A&U) has acquired ANZ rights to a new novel by Robert Lukins—whose 2018 debut The Everlasting Sunday was nominated for multiple awards—from Grace Heifetz at Left Bank Literary, in a ‘heated auction’. A&U publisher Jane Palfreyman said: ‘Two women stand in the shallows, a man dead at their feet, while around them buildings burn. How they come to be there, and the price they pay for their courage, is gradually revealed as this mesmerising novel unfolds. We are so proud to be publishing Robert and this superb, compelling novel.’