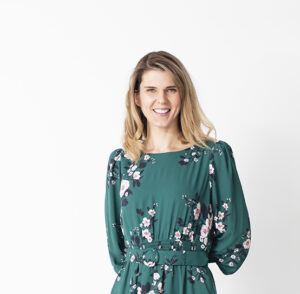 HarperCollins Australia has announced Veronica Lando as the winner of the 2021 Banjo Prize for her ‘hauntingly atmospheric mystery’ manuscript The Whispering.

Lando’s crime novel was selected from a shortlist of four announced earlier this month. She receives a publishing contract with HarperCollins and a $15,000 advance.

Set in the rainforest of Far North Queensland, The Whispering follows the search for a missing man which leads to the unearthing of decades of secrets that ripple through one small town. The novel is set to be published in 2022.

HarperCollins fiction publisher Anna Valdinger said The Whispering is a ‘must-read novel’ that is ‘rich in atmosphere and deftly plotted twists, and with a cast of characters that feels entirely real’. Valdinger called Lando ‘an unmissable new voice on the Australian crime fiction scene’.

Lando said winning the Banjo Prize ‘felt as if a new door had opened and I got a peek at an exciting new future’. ‘The enthusiasm of the HarperCollins team was positively infectious, and it was incredibly delightful to learn that something I had written could evoke such a response. I am completely humbled to have been selected as this year’s winner and cannot wait to share my story with others.’

The three runners-up—Gina Perry for ‘My Father the Whale’, Kathy Sharpe for ‘The Wishbone Observer’ and Michelle Upton for ‘The Terms of Inheritance’—will each receive a written manuscript assessment from HarperCollins.

The winner of last year’s Banjo Prize was Dinuka McKenzie for her crime novel The Torrent (entered as ‘Flood Debris’), which will be published in February 2022.

For more information about the prize, visit the HarperCollins website.