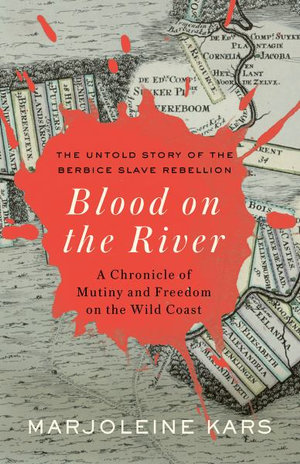 Kars wins Cundill History Prize for Blood on the River

Marjoleine Kars has won the US$75,000 (A$107,100) 2021 Cundill History Prize for Blood on the River: A chronicle of mutiny and freedom on the wild coast, reports the Bookseller.

For Blood on the River, Kars accessed a previously untapped Dutch archive to reveal the little-known story of a 1763 slave rebellion in Berbice, a Dutch colony in present-day Guyana. Kars drew on nearly 900 interrogation transcripts, including verbatim accounts from suspected rebels, bystanders, and witnesses to provide a day-by-day account of the revolt, in the words of both colonists and the slaves themselves.

Judge Eric Foner described the book as ‘a model of historical scholarship that promises to change our understanding of slavery and slave resistance in the Atlantic world’. ‘Using a remarkable hitherto unknown archive, Kars constructs a compelling narrative that illuminates the brutal nature of slavery’ in what is now Guyana, according to Foner. ‘The slave rebels come across not as stereotypical heroes or villains, but as flesh and blood historical actors, who differed among themselves about the nature of freedom and the future place of their community in the Atlantic system.’

Kars’s work was one of three finalists for the award, which were chosen from a shortlist of 10.

The prize—the highest monetary-value nonfiction award in the world—is administered by McGill University in Montreal and is open to any history book published in English.