Hardie Grant announces a significant new appointment as a critical step towards continuing to evolve its culture and business. 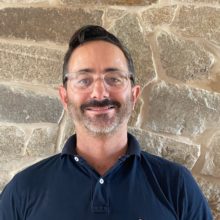 This board-level appointment has been identified as critical to the future success of Hardie Grant and is being introduced at a time when there is an ever-increasing emphasis on the nature of work and the relationship between companies and their staff.

Sandy Grant, chief executive Hardie Grant comments, ‘We have identified a number of areas where we need focused leadership to take our business and culture to a new level and moving beyond gestures, we commit board-level attention to this. It is our responsibility to be a good citizen, contributing to sustainability, diversity and social equity requires action, and Troy will lead the group on this to make sure our strategies are articulated, co-ordinated and acted upon.’

The new role will assist with the next phase of growth for the entire Hardie Grant group. Lewis added, ‘Recent external challenges have accelerated changes to all aspects of the working environment. While I will miss working directly in the publishing business, I am excited to step into a role that will influence how the entire group operates, especially how Hardie Grant’s distinct culture adapts and changes as the company continues to grow.’

Following on from this change, Kate Brown has been appointed as managing director, HGCP. 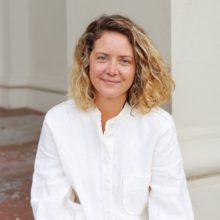 Hardie Grant Children’s Publishing has emerged from recent challenges, including change of ownership, as a strong, internationally focused, and market-driven publisher ready to take on the next stage of growth. Kate has been a key component of this growing success, having expertly led marketing, licensed publishing, special sales, distribution and product management functions during her career. More recently, Kate has played a central in the development of successful market responsive titles and was instrumental in advocating for and establishing Bright Light here and in the UK.

Julie Pinkham, HGP group managing director comments, ‘Kate is driven by the focus of always doing better for the audience—whether that be the reader, parent/carer or educator and a sense that everything we do must have readership at its core. Kate is more than ready to step up to this new role and will continue to harness her amazing focus to continue to build audience and markets, here and internationally.’ 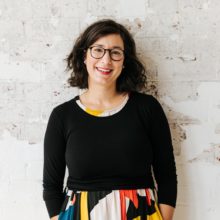 Marisa Pintado’s role as publishing director, HGCP has been expanded, recognising her significant contribution to the growing success, as well as to set the division ready for its next period of growth. In the coming months, under Pintado’s direction, HGCP is poised to expand its nonfiction program, setting the course for future growth through rounding out a full publishing program for children and young adults, with both local and international success in their sights.

Pinkham adds, ‘For over 15 years Marisa has played a key role in the growth and success of the HGCP list, having worked here and in the UK, been instrumental in the development of internationally successful series including Real Pigeons, Claris, Explore Your World and the Welcome to … (to name a few), as well as deepening her broad industry influence and acting as an advocate for children’s publishing through developing initiatives such as the Ampersand Prize.’