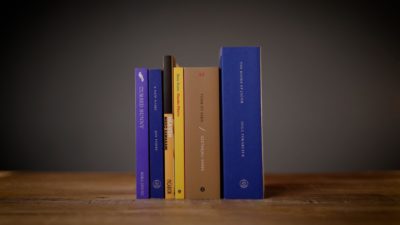 The shortlist was chosen from a longlist announced in March, which included Happy Stories, Mostly by Indonesian writer Norman Erikson Pasaribu, translated by Sydney-based writer and translator Tiffany Tsao (Giramondo). Tsao is the first Australia-based translator to be recognised in the history of the prize.

The International Booker is awarded to a book translated into English. The prize money is shared equally between the winning writer and translator, and each shortlisted writer and translator also receive £1000 (A$1800). Last year’s winner was At Night All Blood is Black by French author David Diop, translated by Anna Moschovakis (Pushkin).

The winner of this year’s prize will be announced on 26 May. For more information, see the website.