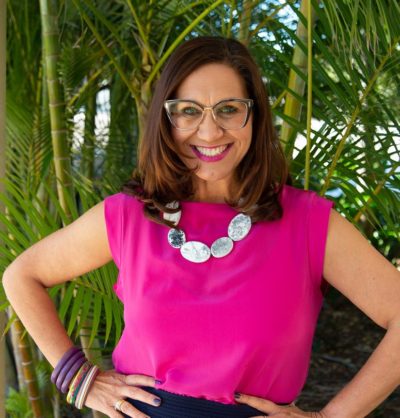 A number of Australian authors and industry figures were recognised in this year’s Queen’s Birthday Honours.

Sophie Blackall was made a Member in the General Division of the Order of Australia (AM) for significant service to children’s literature. Blackall, who is based in New York, is the author and illustrator of six titles, and the illustrator of more than 50 children’s books. Blackall has received numerous awards, including the American Library Association’s Caldecott Medal in 2016 and 2019.

Catherine Fox was made AM for significant service to journalism, and to gender equality and diversity. A freelance journalist since 2012, Fox is the author of several books, including, most recently, Women Kind: Unlocking the power of women supporting women (with Kirstin Ferguson, Murdoch Books) in 2018.

Author Anita Heiss was made AM for significant services to tertiary Indigenous studies, and to the arts. Heiss, a former chair of the Australian Society of Authors, has received numerous awards for her writing, including the Victorian Premier’s Literary Award for Indigenous Writing in 2012 for Am I Black Enough for You? (Vintage). Heiss was also cited for her work with the Indigenous Literacy Foundation and role as a keynote speaker and performer.

The late Chrissy Sharp was made a posthumous AM for significant service to arts administration in a range of roles, including in her role as CEO and founding director of the Wheeler Centre 2009–2011 and as CEO of Sydney Writers’ Festival 2018–2021.

Donna Hay received a Medal of the Order of Australia in the General Division (OAM) for service to the food and hospitality sector as a cook and author. Hay is the author of 28 cookbooks, including last year’s One Pan Perfect (HarperCollins).

Jonathan King received an OAM in the General Division for service to community history. King is the author of approximately 30 books, including, most recently, Palestine Diaries: The Light Horseman’s own story, battle by battle (Scribe) in 2017.

Jennifer Martiniello received an OAM for service to the creative and visual arts. Martiniello is the founder of the ACT Indigenous Writers Group and has received numerous awards in recognition of her art and community work, including the 2002 Banjo Patterson Poetry Prize and 1999 Henry Lawson Literary Award.

Derek McDonnell received an OAM for service to cultural heritage, particularly to literature. McDonnell is the co-founding director of Sydney’s Hordern House Rare Books, and has worked as a publisher on various works with the State Library of New South Wales and Australian National Maritime Museum.

Leah McIntosh received an OAM for service to the arts as a writer and publisher. McIntosh is the founding editor of Liminal magazine and the co-editor of Collisions (Pantera), and has worked for organisations including the Australia Council, Creative Victoria and Footscray Community Arts Centre.

Sally Murphy received an OAM in the General Division for service to children literature, and to education. Murphy is the author of over 50 children’s and educational book since 1996, including the 2010 CBCA Honour Book Pearl Verses the World (illus by Heather Potter, Walker Books).

Kirli Saunders received an OAM in the General Division for service to the arts, particularly to literature, for her work as a writer and author. Saunders was the manager of First Nations Projects at Red Room Poetry from 2017–2020, has been a guest writer at programs in India, China and Indonesia, and is the author of several books, including this year’s Our Dreaming (Magabala).

Author Corey Tutt received an OAM for service to Indigenous STEM education. The founder and CEO of Deadly Science, Tutt is also the author of The First Scientists (Hardie Grant), published last year.

A complete list of the Australians recognised in this year’s awards can be found here.