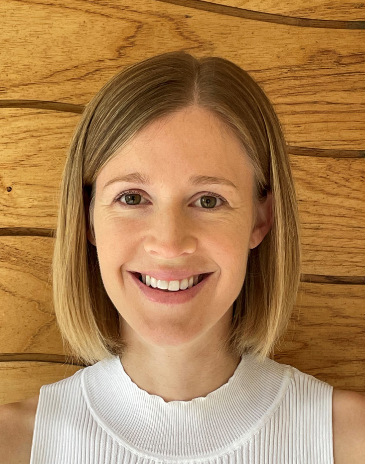 Megan Williams is the winner of the $10,000 Text Prize for her debut YA manuscript ‘Let’s Never Speak of This Again’.

According to Text, Williams’ debut novel is a celebration of the depth and strength of friendship, ‘told with warmth and humour’. Abby and Ella are best friends, 16 years old and excited to be entering the world of parties, romance and newfound independence.When Chloe arrives she fits right in and everyone adores her—which is not quite what Abby expected. She loves Chloe too, but a subtle shift in the bonds of friendship unsettles her and she searches for a way to re-establish the connection with Ella that she knows deep down will always be there.

Williams, who worked as an employment lawyer before moving into human resources, lives in Brisbane.‘I’m not sure anyone starts their first novel thinking it would really ever be published,’ she said. ‘This story began during Covid lockdown with my two young girls and was, at times, a very welcome distraction. I’ve been following the Text Prize for years as a reader and am honoured and thrilled to be awarded the 2022 prize. I would like to congratulate the other shortlisted authors and thank Text for providing new writers with such an incredible opportunity. I look forward to working with the Text team to publish my book.’

Williams’ manuscript was chosen from a shortlist of seven announced in June. She receives $10,000 and a publishing contract with Text.

‘The Text Prize has launched the careers of many gifted writers,’ said Text publisher Michael Heyward. ‘We are delighted that this year’s winner, whose own pathway to writing is extraordinary in itself, is joining their ranks. We can’t wait to publish Megan Williams’ “Let’s Never Speak of This Again”.’

Text also announced Claire Matthews as the recipient of the 2022 Steph Bowe Mentorship for Young Writers.

Matthews, who has a Bachelor of Fine Arts in Creative and Professional Writing with Distinction from Queensland University of Technology and has written for The Creative Issue and Classik ON, will be paired with an established author for a 20-hour mentorship to develop her manuscript ‘Between the Water and the Sand’ and will also receive a 12-month membership with Express Media, Voiceworks and the Queensland Writers Centre.

Designed to encourage an exciting new writer in Australian children’s literature under the age of 25, the mentorship is awarded to the Text Prize entrant the judging panel believes would receive the most benefit from the mentorship. It was established in memory of the late Text author Steph Bowe and her long-standing commitment to fostering and mentoring young writers. Bowe’s first book was published when she was 16 and she became a highly sought-after speaker, who encouraged young writers and travelled around the country to visit schools and festivals.

The mentorship began in 2021 and will run for three years. The 2021 recipients were Ellie Casey, mentored by Rebecca Lim, and Emilie Morscheck, mentored by Amie Kaufman.

The winner of last year’s Text Prize was Alice Boyle for her YA novel Dancing Barefoot.