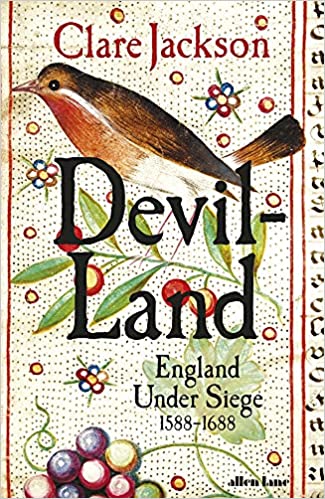 In the UK, Clare Jackson has won the Wolfson History Prize for Devil-Land: England under siege, 1588–1688 (Allen Lane), reports the Bookseller.

‘By looking at England from the perspective of European observers, Clare Jackson gives us a wider lens through which to view the period, helping us to see ourselves through the eyes of others,’ said the judges.

Jackson’s book was chosen as the winner from a shortlist of six announced last month.

The annual award is run by independent charity the Wolfson Foundation, which awards grants in the fields of science, health, education and the arts and humanities. Last year’s prize was won by Sudhir Hazareesingh for Black Spartacus: The epic life of Toussaint Louverture (Allen Lane).

For more information about the Wolfson History Prize and this year’s winner, see the prize website.