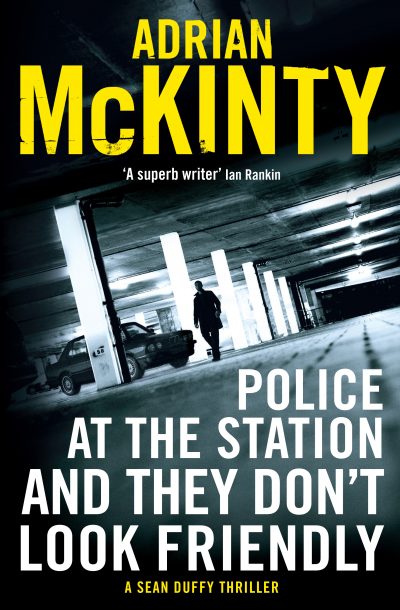 The best fiction award was presented to Adrian McKinty for his novel Police at the Station and They Don’t Look Friendly (Serpent’s Tail), the sixth book in the author’s ‘Sean Duffy’ series, set during The Troubles in Northern Ireland. The judges described it as ‘lyrical and tender, laugh-out-loud funny, and heart-stoppingly suspenseful’.

The best first fiction award went to Jane Harper for her debut novel The Dry (Macmillan), which the judges said was ‘reminiscent of Wake in Fright’s claustrophobic atmosphere … deftly plotted, pacey and compulsively readable’.

The best true crime award was shared by Duncan McNab’s Getting Away with Murder (Ebury), which explores up to 80 unsolved deaths and disappearances of young gay men in NSW from the late 1970s to early 1990s; and Brendan James Murray’s The Drowned Man (Echo), about the murder and cover-up of a gay sailor on the HMAS Australia during the Second World War.

Louise Bassett picked up the S D Harvey Short Story award for ‘Rules to Live By’, which will be published in Kill Your Darlings.

Peter Corris was honoured with a Lifetime Achievement Award following his retirement from writing in January after 37 years. Fellow author Michael Robotham paid tribute to Corris and his fictional creation, Sydney private eye Cliff Hardy, at the awards presentation. ‘We are standing on their shoulders. We are here because Peter Corris paved the way. He kicked down doors. He showed publishers that Australian readers wanted to read Australian stories.’

The winners were announced on 1 September during the Melbourne Writers Festival. They were selected from shortlists announced in August.