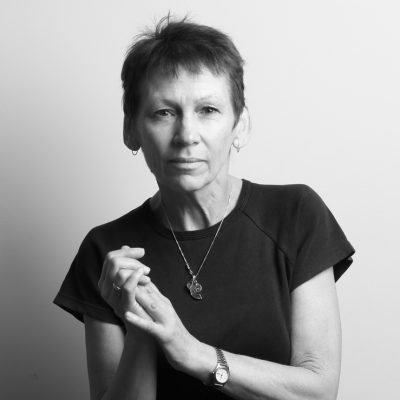 Simon & Schuster Australia will launch the literary imprint Scribner in Australia and New Zealand in 2018 with a new novel by Kristina Olsson (pictured), author of the award-winning Boy, Lost: A Family Memoir. Shell is ‘a sweeping literary novel set in 1960s Sydney against the backdrop of the building of Sydney Opera House and the Vietnam War’. S&S managing director Dan Ruffino said of the acquisition: ‘We have been waiting for exactly the right book to launch Scribner in Australia and I couldn’t be happier it’s Shell, a novel so special and exquisitely written, it feels like a dream it is ours to publish’. S&S Australia acquired world rights to the novel from literary agent Jane Novak and has already sold rights to Scribner in the UK and Atria Books in the US.

S&S Australia has also acquired world rights to the debut novel by Australian ‘book ninjas’ Ali Berg and Michelle Kalus, founders of the Books on the Rail initiative in Australia, which encourages people to circulate books on public transport. Their novel, The Book Ninja, is ‘a clever, funny and wryly observed story about finding love and discovering yourself in the process’.

Penguin Random House Australia has acquired ANZ rights to a new novel by multi-award-winning author Tim Winton from literary agency Jenny Darling, which has sold UK rights to Picador; US rights to Farrar, Straus and Giroux; and German rights to Luchterhand. The Shepherd’s Hut follows Jaxie, who flees his sleepy hometown and abusive father and heads north across ‘the vast, bare West Australian wheatbelt’. PRH publishing director Ben Ball said Winton’s novel ‘gives voice to the coarse, destructive poetry of a youth struggling with something he can’t contain but can only begin to express’.

Allen & Unwin has acquired children’s and YA author Jack Heath’s debut adult thriller Hangman, a ‘grisly crime novel about a cannibal detective in Houston, Texas’. ‘Think of the worst thing you can imagine, then go darker. And weirder,’ said Allen & Unwin publisher Jane Palfreyman of the novel. ‘Chuck Palahniuk rewrites Dexter with a god-almighty twist that will take your breath away.’ Hangman has already sold into five territories via Clare Forster at Curtis Brown Australia, including HarperCollins in North America, and publishers in Germany, France and Russia. Film and television rights have been optioned by ABC Signature Studios in the US.

Black Inc. has acquired a ‘unique, irreverent and timely book’ about mental health by psychiatrist and broadcaster Steve Ellen and comedian and writer Catherine Deveny. Mental: Everything You Never Knew You Needed to Know about Mental Health is written for ‘people contending with depression, anxiety and more serious forms of mental illness and wanting a useful, approachable overview of diagnosis, seeking help and treatment’, as well as ‘family and friends who want to know how to proceed and offer support’. Rights have been sold to China Renmin University Press.

Giramondo has launched its ‘Southern Latitudes’ series, which focusses on ‘innovative fiction and nonfiction by writers of the southern hemisphere’, including Southern Africa, New Zealand, the South Pacific and South America, where there is ‘a common historical background in colonisation, an awareness of the complex relationship between our Indigenous and migrant populations, and a shared experience of living in southern latitudes, under southern skies, to the rhythm of southern seasons’. The first book in the series is All My Goodbyes by Argentinian writer Mariana Dimópulos (trans by Alice Whitmore).

Fox Searchlight has optioned the film rights to Two Steps Forward (Text Publishing)—a novel about romance and renewal on the Camino de Santiago by husband-and-wife writing team Graeme Simsion and Anne Buist. Ellen DeGeneres and Jeff Kleeman will produce the film through their company A Very Good Production. Rights to the novel have already been sold in the US, UK and other territories.