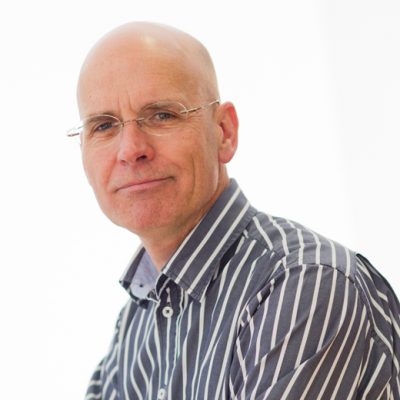 Hardie Grant Books has acquired world rights to Clive Hamilton’s book on the Chinese Communist Party’s (CCP) influence in Australia. Silent Invasion explores how CCP agencies have sought to extend Beijing’s influence in Australia for strategic and political gains, and will be published locally in March 2018. It was delayed by Allen & Unwin in November 2017, with the publisher citing the threat of legal action from the Chinese government. Hamilton (pictured), who requested the rights to the book be returned, has since rewritten the book to minimise the legal risk. ‘The reason three publishers refused to publish this book is the very reason the book needs to be published,’ said Hamilton.

Hachette Australia has sold US and Canadian rights to Claire G Coleman’s debut speculative-fiction novel Terra Nullius to US independent publisher Small Beer Press, whose publisher Gavin J Grant said it ‘deserves to be recognised as a classic of post-apocalyptic literature’. Terra Nullius reframes first contact between European and Indigenous Australians through a genre lens, and rights were negotiated by Hachette rights and publishing manager Sarah Brooks.

Hachette Australia has also acquired ANZ rights to writer J P (Joshua) Pomare’s October 2018 debut, In My Skull, in a six-publisher auction. Rights were acquired by Hachette Australia head of literary Robert Watkins and negotiated by Pippa Masson at Curtis Brown Australia. Masson said the novel’s story, ‘set in the wilds of coastal New Zealand’, has a ‘suffocating and pacey feel’. North American rights to Pomare’s thriller have already sold to Penguin Random House US imprint Putnam, and UK rights to Sphere.

Brio has acquired debut novel Sisters of No Mercy by Melbourne-based author Vincent Silk. The novel, to be published in August, follows the eponymous ‘sisters’, an underground network of women who ’[mete] out punishment for their deserving victims’. The novel was acquired by Brio associate publisher Alice Grundy, who said she has been following Silk’s career ‘for years’.

Black Inc. has sold film and TV rights to It’s Alive: Artificial Intelligence from the Logic Piano to Killer Robots (Toby Walsh) to Xyclo Media, and filming has commenced on a feature film adaptation of Erik Jensen’s biography of the late Australian painter Adam Cullen, Acute Misfortune (Black Inc.). The film tracks the volatile relationship between the prize-winning Cullen, who died at age 47, and his 19-year-old biographer, Jensen.