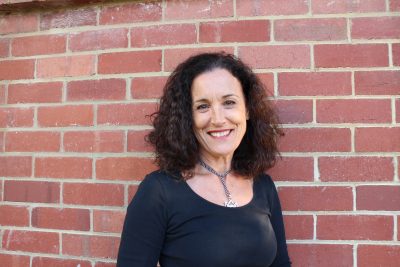 Fremantle Press is a not-for-profit publisher of books by new and emerging Western Australian writers and artists. It has been publishing children’s books across a range of genres for 26 years. CEO and rights manager Jane Fraser spoke to Think Australian.

Fremantle Press specialises in publishing the works of new Western Australian writers and artists for national and international audiences. Our job is to make our creators, who live in one of the most remote cities on the planet, as visible as possible to a worldwide audience. They include First Nations children’s authors who we’ve been publishing to acclaim since our children’s list began some 26 years ago. Our children’s publisher, Cate Sutherland, loves to push the envelope. Titles like the genre-busting picture book Drawn Onward by Meg McKinlay and Andrew Frazer may have looked like a risky venture to many, but it worked perfectly for our program. We draw from a small but talented pool of authors and illustrators who are a tight-knit, collegiate group. Through our enthusiastic local teachers and librarians, they are in constant direct contact with their audiences, and I would say that all Fremantle Press creators approach their job with great humour and joy. We believe that this joy shows in our books.

How many children’s and YA books does Fremantle publish each year—and what kinds of books?

Each year we publish between two and four picture books, ranging from picture books for early readers through to picture books for young adults. During the next two years, we’ll be publishing board book editions of early readers by First Nations authors. This is with a view to making more Indigenous materials available to preschoolers. We always have a strong list of junior to middle fiction reads, and publish two to three books in each of those age groups annually. We publish one to two young adult titles a year, though we’re keen to publish more! This year’s YA title will be an anthology called Meet Me at the Intersection. Edited by Rebecca Lim and First Nations author Ambelin Kwaymullina, the book has a wonderful range of voices including writers who are First Nations, people of colour, LGBTIQA+ or living with disability.

Have you sold international rights to your children’s and YA books?

We have been selling international rights to our books for many years, and our children’s and young adult list is always popular with publishers from Korea to Spain. We have 77 books that are currently published internationally. Of these, the majority are children’s books. Recent rights sales for picture books include Can a Skeleton Have an X-Ray? by Kyle Hughes-Odgers, which we sold into Spain and China; Pandamonia by Chris Owen and Chris Nixon, which sold into China, Taiwan, Italy and North America; James Foley’s junior graphic novels Brobot and Dungzilla, which recently sold into Korea and the Netherlands/Belgium; and Deb Fitzpatrick’s middle fiction The Amazing Spencer Gray was published in North America. This month, we have sold the Korean rights to The Hole Story by Kelly Canby, and after the Bologna Book Fair we are confident we will receive other offers.

Eye of the Eagle by Ron Bunney is still being published in Korea after over a decade and more than 40,000 copies sold into schools. Pandamonia is in its third reprint in North America and Ambelin Kwaymullina launched her four Indigenous picture books Crow and the Waterhole, The Two-Hearted Numbat, How Frogmouth Found Her Home and Caterpillar and Butterfly in China in 2011. International prizes received for our books include: International Youth Library White Raven listings for My Superhero (Chris Owen, illus by Moira Court) and Beautiful Monster (Kate McCaffrey), SCBWI Crystal Kite Awards for Ten Tiny Things (Meg McKinlay, illus by Kyle Hughes-Odgers) and The Last Viking (Norman Jorgensen, illus by James Foley), and both Pandamonia and Can a Skeleton Have an X-Ray? were longlisted for the inaugural Frankfurt Book Fair Prize for Illustration.

Which title or author on your children’s and YA list do you believe deserves bigger recognition overseas?

Though we’ve already sold Brobot and Dungzilla to some publishers overseas, we believe James’ books will appeal to a much broader international audience. We know kids love the humour and adventure, and that parents love the real science and pop culture references, so we hope this series will find new publishers in more regions. Multi-award-winning author Sally Murphy is another person we’d love to see gain more traction in international markets. Looking Up has a heartwarming message of acceptance and forgiveness, and has just made the Children’s Book Council of Australia’s notable list (this is the fourth time one of Sally’s books has been on the list).

Have you acquired the rights to publish any international children’s and YA titles in Australia?

What children’s/YA title will you publish next (that may appeal to international publishers)?

The Hole Story is a delightfully sweet and very ‘international’ children’s picture book about a boy who finds a hole that nobody wants … except a little rabbit who’s been following him across every page. We also think One Thousand Trees by Kyle Hughes-Odgers speaks to children in urban centres everywhere (as do all of his books). In the book, a child contemplates her environment and imagines her city forested with trees.