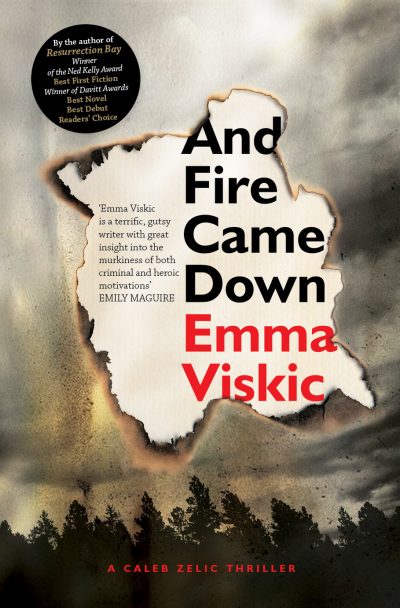 Emma Viskic’s And Fire Came Down (Echo Publishing) has been named best adult crime novel at this year’s Davitt Awards, which are presented to the best crime books by Australian women. Viskic, whose novels centre on a deaf detective, has also been shortlisted for the UK Crime Writers’ Association (CWA) Dagger Awards for her debut Resurrection Bay (Echo).

The Kibble and Dobbie Awards for Australian women writers of fiction and life writing have been presented to Fiona McFarlane for her short-story collection The High Places (Hamish Hamilton) and Sarah Krasnostein for her biography The Trauma Cleaner (Text).

Gold Ledger Awards for excellence in Australian comics and graphic novels have been presented to Giants, Trolls, Witches, Beasts (Craig Phillips, Allen & Unwin), a collection of myths and legends from around the world retold as comics; and the online true-crime comic Reported Missing (Eleri Harris, TheNib.com).

Shortlists have also been announced for the Colin Roderick Award for Australian literary fiction and nonfiction; the Ned Kelly Awards for Australian crime writing; and the NSW Premier’s History Awards.