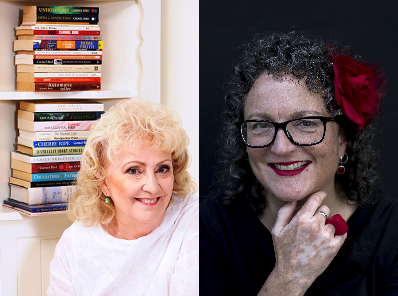 Savage’s fourth novel, Mother of Pearl, is set in Thailand and Australia, and centres on a surrogacy arrangement. World rights were acquired via Fiona Inglis at Curtis Brown.

‘Mother of Pearl is a change of direction for Angela’, said Transit lounge co-publisher Tess Rice. ‘The novel sensitively captures the desire for motherhood, and the complexities and responsibilities involved in surrogacy across class, cultures and nationality … It is a vivid, engrossing story with great characters that never shies from asking the hard questions about our wanting-it-all culture or underplaying the joys of bringing a child into the world.’

Currently director of Writers Victoria, Savage won the 2004 Victorian Premier’s Literary Award for an unpublished manuscript for Behind the Night Bazaar (Text), and her books have been shortlisted for a Davitt award and multiple Ned Kelly Awards.

Mother of Pearl will be published in July 2019.

Field of Poppies is centred on Listowel, a gothic mansion in small-town Australia, and is described as ‘much more than the story of a tree change gone wrong’.

‘An unease about our history and our exploitation of the environment manifests itself in a witty and startling narrative of book groups, robbery, disappearance and escape,’ said Transit Lounge co-publisher Barry Scott. ‘Field of Poppies is a delight to read.’

The author of more than 30 books, Carmel Bird won the 2016 Patrick White Award, and has been shortlisted for the Miles Franklin three times.

Field of Poppies will be published in November 2019.