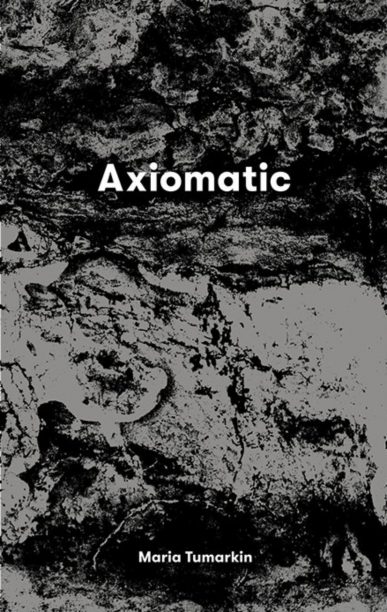 Tumarkin’s ‘Axiomatic’ sold to US

‘Tumarkin’s areas of focus feel both particular to Australia and broad enough in their directions of inquiry—multigenerational trauma, structural inequity and racism, teen suicide, anti-Semitism, narratives of trauma and loss—that we were riveted and moved,’ said Levy. ‘This kind of hybrid nonfiction is a form that we at Transit Books love so much—but it’s true that it has become widespread and increasingly formulaic in its rule-breaking. What’s so exciting to us about Tumarkin’s project is that it feels like it blows open the hybrid form all over again.’

In a separate deal, Spanish-language rights to Tumarkin’s book were sold to Editorial Minúscula. Publisher Valeria Bergalli said: ‘Maria Tumarkin’s approach to writing is the kind which may be one of the most fertile across all languages—not only because of its extremely interesting genre-defying aspect, but also because it enables a sort of empathy which, stemming originally from fiction but here in contact with the experiences of real people, develops itself with a particular music and, if masterly accomplished like in this case, may even have some sort of transformative power on the reader. Axiomatic is a beautiful and compelling book which we at Editorial Minúscula are very happy and honoured to have the chance to publish.’

Brow Books publisher Sam Cooney said it was ‘so fitting and so thrilling’ that the first two rights sales for Axiomatic are with two independent presses that are ‘celebrated for their focus on the most provocative and engaging works of contemporary literature, and on treating such writing with the understanding and respect it deserves’.

As previously reported by Books+Publishing, Axiomatic won the $30,000 Best Writing Award as part of the Melbourne Prize for Literature in November last year, and was recently shortlisted for the Victorian Premier’s Literary Awards in nonfiction.