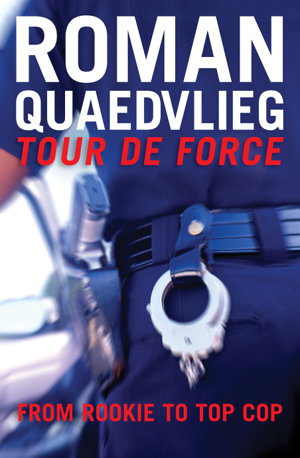 Quaedvlieg was removed from his position as Border Force commissioner in March last year, facing allegations from Federal Home Affairs Minister Peter Dutton of using his position inappropriately, which are refuted by Quaedvlieg.

MUP was due to publish Quaedvlieg’s book Tour de Force in March, describing it as a ‘personal and political story that exposes a deeply conflicted national security system’. But Quaedvlieg asked MUP to cancel the book contract, saying his decision was a direct result of the resignations, and the publisher agreed to let him go.

MUP acting chief executive Richard Tegoni said, ‘Due to the time-sensitive nature of this publication, MUP felt it was in the best interest of the author to take a flexible approach and offer the author opportunities to explore other options for his work.’

As previously reported by Books+Publishing, the recent resignations were sparked by the university proposing a new focus on scholarly publishing for the press. Victorian minister for creative industries Martin Foley has subsequently called on the University of Melbourne to reverse its decision to overhaul MUP’s publishing program.

Shadow federal minister for innovation, industry, science and research Kim Carr has proposed funding for a new publishing house if Labor wins the election, to continue the ‘influential’ work of MUP. Carr, whose book A Letter to Generation Next: Why Labor was published by MUP, said the publisher ‘brought enormous benefit to the university in terms of its public engagement which could not be calculated by bean counters.’

Following Adler’s departure, the Australian Financial Review reported that the university provides MUP with a $1.25 million subsidy each year, despite the publisher earning revenue of $4.75 million in 2018. However, MUP revealed it had posted a profit of $220,000 in 2018, following a profit of $286,000 the previous year. A former board member told SMH that the subsidy began when MUP lost control of the university bookshop, around 15 years ago.