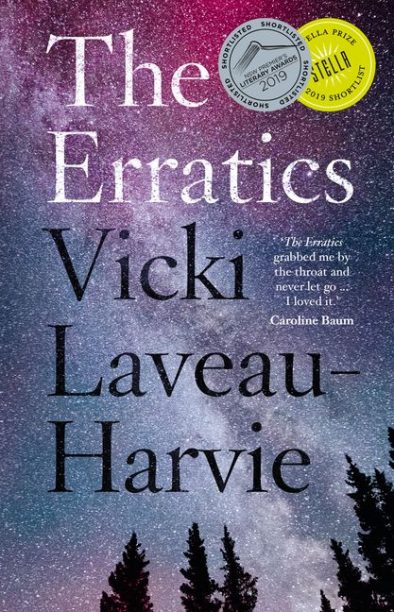 Vicki Laveau-Harvie has won the 2019 Stella Prize, worth $50,000, for her memoir The Erratics (Fourth Estate).

Judging panel chair Louise Swinn said The Erratics, which tells the story of an estranged daughter who journeys home to care for her mother who suffers from an undiagnosed mental illness, ‘mines the psychological damage wrought on a nuclear family by a monstrous personality’.

‘Despite the dark subject matter, this book has a smile at its core, and Laveau-Harvie shows constant wit when depicting some harrowing times. The narrator somehow manages to see all viewpoints, and we are rewarded with an evocative and expansive view of a family that has more than its fair share of dysfunction. The writing throughout is of a consistently high standard and we were constantly delighted by this surprise of a book,’ said Swinn.

The Erractics, Laveau-Harvie’s first book, was originally published by Finch Publishing after the manuscript won the 2018 Finch Memoir Prize. The small press closed in late December 2018 when owner Rex Finch retired, and HarperCollins acquired the rights to the memoir after the Stella longlist was announced in February this year.

Born in Canada, Laveau-Harvie lived for many years in France, where she worked as a translator and a business editor, before settling in Australia. Of her win, she said: ‘The Stella is a very generous prize—it is a gift of freedom to the winner. I’m going to use this gift to travel to places no one has ever heard of—places like Neche, North Dakota, in the US—to find the traces of a hidden part of my heritage. I hope to find the threads of the next story I will tell, and that the themes of that story will be universal ones. This prize gives me the means to do that. I am grateful to all those who make the Stella Prize possible: for the hard work, belief, and dedication that make it a beacon and a force for good.’

Laveau-Harvie’s book was chosen from a shortlist of six by a judging panel chaired by Swinn and that also included author Michelle de Kretser, journalist and ABC presenter Daniel Browning, investigative journalist Kate McClymont and Sydney Writers Festival head of children’s and YA programs Amelia Lush.