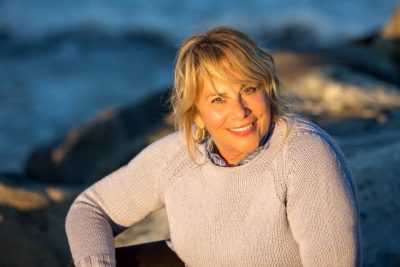 New York-based literary agent Barbara J Zitwer represents writers including Man Booker International Prize-winner Han Kang, and recently sold rights on behalf of her Australian authors Jamie Marina Lau and Madeleine Ryan. Now, Zitwer is setting her sights on bringing more Australian writers to the world. Books+Publishing spoke to her about what she sees as the ‘new Australian sensibility’.

In the past month, news has broken that you’ve sold rights on behalf of young Australian writers Jamie Marina Lau and Madeleine Ryan. How did you discover them?

I discovered Jamie Marina Lau through reading The Mekong Review and meeting the editor/publisher Minh Bui Jones who I began a lovely long-distance working relationship with. I had also read Brow Books author Intan Paramaditha in The Mekong Review and got in touch with the publisher, Sam Cooney. He then sent me Jamie’s work, which I fell completely in love with and took on.

Coincidentally, Madeleine Ryan had been researching agents and she likes Jamie Marina Lau and gets the Brow Books newsletter, where she discovered that I was Jamie’s agent. Voila! It was magic—within a week I had sold Madeleine to Scribe and Jamie to Coffee House Press!

How long have you been a literary agent and can you name some authors that you’ve worked with? What kinds of writing do you represent?

I have owned my own literary agency for 22 years and the first Australian writer I worked with and still do is journalist/novelist Sharon Krum. I fell in love with her wit and humour; her novel The Thing About Jane Spring (Arrow) is one of my all-time favourite books.

I also worked with Man Booker International Prize-winner Han Kang for The Vegetarian. It took me 10 years to sell that book but I believed in her so much and when I finally sold it to Granta it went on to win the Booker! I never give up on a book that I love. I then sold her novels Human Acts and The White Book (all Portobello, trans by Deborah Smith).

I sold all five of New York Times bestselling author and Man Asian Literary Prize-winner Kyung-sook Shin’s books in English and around the world over 10 years, and I represent Un-su Kim’s The Plotters (trans by Sora Kim-Russell), which Text published, and which I have just sold to Ink Factory for film. The forthcoming novel The Good Girl by Seo Mi-Ae will be published by Ecco Press in the US.

You’re based in New York City. What made you turn your eye towards international authors?

I am the granddaughter of immigrants from Russia and as such I was always surrounded by Russian, Yiddish, Polish and English. I think since I was born I was multicultural, and being a New Yorker makes me part of a city that is the melting pot of America … in one subway car you can find so many different people from all over the world!

I was always attracted to foreign films and authors, and I attended Columbia University Film School where I was taught by Czech masters Frank Daniel and Milos Forman. I then started reading Kafka, Milan Kundera and other Eastern European authors. My best friend from film school is from Hong Kong and he is like my brother, so he opened up China, Hong Kong and Southeast Asia to me many years ago. I have traveled with him throughout China many times and I love it.

International authors speak to me the most and I love the musicality of their different voices and the profoundness that I find in their works. I visit Korea every year now. And I married a man from Puerto Rico so we speak Spanish and English at home. Even my dog is international, she’s a Retriever from Labrador!

Given your background in film, does the potential for film and TV rights sales impact whether or not you choose to take on a client and their work?

Not necessarily, but I think instinctively I am drawn to universal stories that are narratively driven and I read as if I am watching a film—it’s just the way my brain works! So, I think probably I am naturally drawn to material that is very filmable. Lately I have been focusing a lot on film deals and have just closed deals for The Plotters, The Good Girl and Kyung-sook Shin’s Please Look After Mom (trans by Chi-Young Kim, Knopf).

I am after new, hot, young, undiscovered talent. Writers with unique voices … and after discovering Jamie and Madeleine I sense that a new Australian sensibility is developing, maybe because of the huge influx of immigrants to Australia. They give rise to universal stories that depict Australia from a new perspective that is very rich and completely original.

I am known in the international publishing world for discovering new writers from around the world but that’s not to say I wouldn’t love to find a book like The Thorn Birds, Schindler’s List, True History of the Kelly Gang or Oscar and Lucinda! I am interested in anything that grabs me and moves me.

It has been said that Australian books can be too ‘Australian’ to succeed in international markets. What do you think of this claim and can you think of any books that buck this stereotype?

The Slap by Christos Tsiolkas (A&U) is one of my favorite Australian contemporary books and it depicts Greek immigrants but also captures the typical and universal. Good literature transcends geography. I don’t agree that Australian books cannot succeed internationally. I think Australia is the new Korea! Ten years ago, no one was buying or even thinking about Korean authors whatsoever. Since I started working with Korean books, which are more exotic than Australian books, my authors have become bestsellers, Booker Prize-winners and have been sold and published in more than 30 countries around the world. So, it all depends on the writing and whether the story has international appeal; it’s not because of it being Australian or not. Liane Moriarty—say no more!

Might I add that the label ‘Australian’ is hot because of actors like Nicole Kidman, Margot Robbie and Judy Davis, who are such great ambassadors for the country. Films like Crocodile Dundee, My Brilliant Career and those by Baz Luhrmann, as well as Liane Moriarty’s Big Little Lies and all her bestsellers make readers and film producers excited about ‘Australian’ anything! We want more and more Australian books and films.

What already-published book from down under do you wish you worked on?

Can you tell us what other local authors and publishers you’re working with at the moment?

Right now I am looking for more Australian authors so Jamie and Madeleine are my two Australian stars! I love working with Text, Scribe, Allen & Unwin and Brow Books, and have found HarperCollins and S&S Australia very receptive to my authors’ works.

I hope to be invited to a writers’ festival in Australia to come and share my expertise in international publishing—and I hope to discover more writers! I can be reached via email and my website.