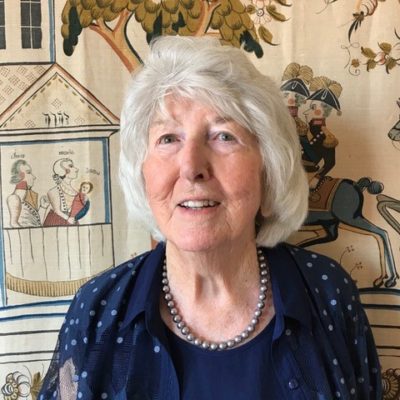 Harrower was the author of five novels, beginning with Down in the City, first published in 1957. Down in the City and Harrower’s novels The Long Prospect (1958), The Catherine Wheel (1960) and The Watch Tower (1966) were subsequently re-released by Text Publishing as Text Classics after the establishment of the series in 2012.

Text also published Harrower’s short story collection A Few Days in the Country in 2016, and her final novel In Certain Circles, which was withdrawn from publication in the 1970s and remained unpublished until 2014. In Certain Circles went on to win the Voss Literary Prize, was longlisted for the Miles Franklin Literary Award, and was shortlisted for the Colin Roderick and NSW Premier’s Literary awards in 2015.

‘Elizabeth Harrower died on Tuesday 7 July 2020 at the great age of ninety-two.

‘Elizabeth thought it was lucky to have a long life. It was lucky for us, because it gave us the chance to find and read her books while she was alive. Less than ten years ago her published novels—there were just four of them—were out of print, and she was all but forgotten. Apart from a handful of writers (Joan London and Michelle de Kretser among them), several generations of Australians had grown up barely knowing she existed.

‘Like many writers of her period, especially women, Elizabeth had a fractured career, but it wasn’t war or children or marriage or work that got in the way. Her vanishing act was her own doing. Born in 1928, she went to London in the early fifties, wrote three novels (Down in the City, The Long Prospect, The Catherine Wheel) and, at the end of the decade, when she had just turned thirty, came back to Australia. This was a stellar beginning. Christina Stead proclaimed that The Long Prospect has no equal in our literature. What other extraordinary novels would she write?

‘The Watch Tower was published in 1966, and earned a rave review from H.G. Kippax in the Sydney Morning Herald who declared that its only competition for the novel of the year was Patrick White’s The Solid Mandala. The trouble was that there were no copies to buy—all the stock was still on the ship from London. Such was Australian publishing.’

To read the full tribute, see the Text blog.