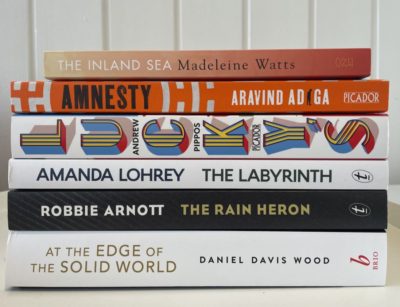 The shortlist for the 2021 Miles Franklin Literary Award has been announced.

The six shortlisted novels, chosen from a longlist of 12, are:

Each of the shortlisted writers receives $5000 from the Copyright Agency’s Cultural Fund, and the overall $60,000 prize is awarded to the novel judged as being ‘of the highest literary merit’ and which presents ‘Australian life in any of its phases’.

‘In various ways each of this year’s shortlisted books investigate destructive loss: of loved ones, freedom, self and the environment,’ said judging panel chair and State Library of NSW Mitchell librarian Richard Neville. ‘There is, of course, beauty and joy to be found, and decency and hope, largely through the embrace of community but, as the shortlist reminds us, often community is no match for more powerful forces.’

Neville is joined on the judging panel for the 2021 award by author and activist Sisonke Msimang and book critics Bernadette Brennan, Melinda Harvey and James Ley.

The 2021 shortlist announcement was held at the State Library of NSW and streamed live on YouTube on Wednesday, 16 June. The winner will be announced on 15 July.