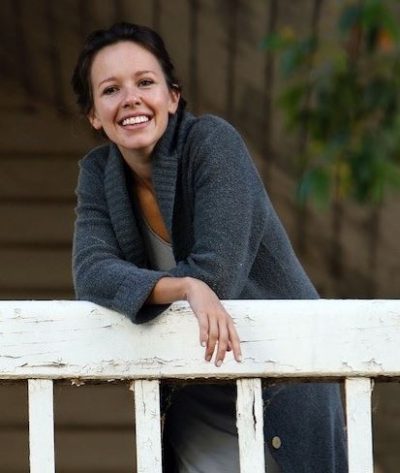 Winch, a Wiradjuri woman, is the fourth First Nations writer to win the Miles Franklin in the award’s 63-year history. The Yield previously took home three awards, including book of the year, at the 2020 NSW Premier’s Literary Awards, was a joint winner of the Booksellers’ Choice adult fiction book of the year, and was shortlisted for this year’s Stella Prize, Australian Book Industry Awards and Victorian Premier’s Literary Awards.

On winning the $60,000 prize Winch said, ‘I’m honoured to be among brilliant colleagues on the longlist and shortlist, our power is in the many stories and not only the one. The historical presence of both Tony Birch and myself on the shortlist signals to the publishing industry that we can write our own stories, and that we don’t want to be spoken for.

‘I hope this event also encourages the next generation of Indigenous voices, to know there is a space here for you in the industry, and in the minds and hearts of a new era of readers. We need to hear voices from across the nation to truly immerse ourselves in the song of Australia.’

Chair of the judging panel, NSW Mitchell Librarian Richard Neville, said Winch’s ‘haunting and accomplished’ novel is ‘a story of pain, loss, resilience and hope’. ‘The Yield explores the legacies of colonial violence, shame, intergenerational trauma and environmental destruction. Winch celebrates and amplifies the contemporary resurgence and relevance of the Wiradjuri language,’ he said. ‘The Yield is a novel where the past is the present is the future.’

Publisher Meredith Curnow said, ‘The Yield is a powerful and brilliant book. While it challenges each reader to look at the past we inherited and live in, it is so clearly written with love, hope, and an invitation to us all to work together to build a better future. Where everyone gets to speak in their own voice and language, where kindness and respect matter. All at PRH have championed this book from the beginning and we are so thrilled for Tara June Winch, who invests everything of herself and then some in all the many creative endeavours she takes on.’

The manuscript for Winch’s debut novel won the David Unaipon Award in 2004 and was subsequently published as Swallow the Air by University of Queensland Press (UQP) in 2006. Her collection of short stories After the Carnage was published by UQP in 2016.

Melissa Lucashenko won the 2019 Miles Franklin Literary Award for her novel Too Much Lip (UQP). For more information about the award, visit the website.