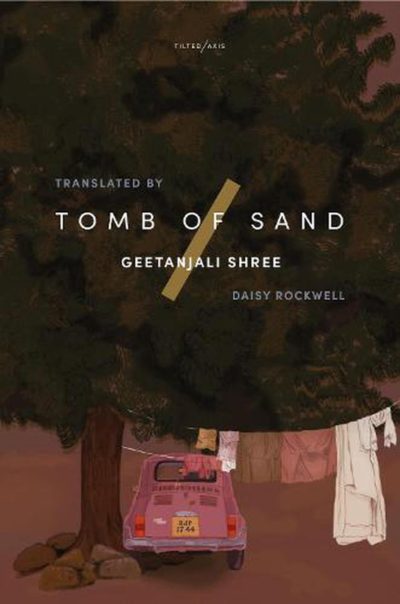 Indian author Geetanjali Shree has won the £50,000 (A$88,800) International Booker Prize for her novel Tomb of Sand (trans by Daisy Rockwell, Tilted Axis).

The novel, which is set in northern India, follows an 80-year-old woman who slips into a deep depression following the death of her husband, before gaining a new lease on life. To her family’s consternation, she insists on travelling to Pakistan, confronting the unresolved trauma of her teenage experiences of Partition.

The judges described Tomb of Sand as ‘a luminous novel of India and Partition, but one whose spellbinding brio and fierce compassion weaves youth and age, male and female, family and nation into a kaleidoscopic whole’.

‘Rather than respond to tragedy with seriousness, Geetanjali Shree’s playful tone and exuberant wordplay results in a book that is engaging, funny and utterly original, at the same time as being an urgent and timely protest against the destructive impact of borders and boundaries, whether between religions, countries or genders,’ the judges said.

Tomb of Sand was chosen as the winner of the International Booker Prize from a shortlist of six.

The International Booker Prize is awarded to a book translated into English. The prize money is shared equally between the winning writer and translator, and each shortlisted author and translator also receives £1000 (A$1800).

Last year’s winner was At Night All Blood is Black by French author David Diop, translated by Anna Moschovakis (Pushkin).