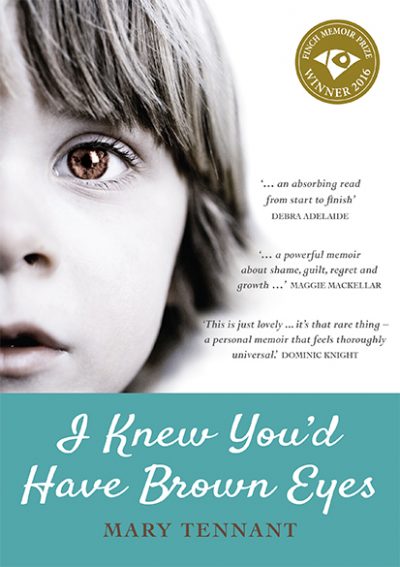 The publisher said Tennant’s manuscript is ‘a powerful story about the complexity of attempting to create a relationship between a birth mother and a child she gave up for adoption’. ‘Mary writes in a clear, simple style that clearly shows the hurt, vulnerability and longing of mothers who were compelled to put their children up for a forced adoption,’ said the publisher.

Tennant was a teenager living in a conservative Catholic family in Queensland in the 1970s when she put her son up for adoption. She eventually married, had two daughters and worked as a remote nurse, but ‘finds she cannot escape thoughts of her son or feelings of guilt’. After changes to adoption laws regarding contact between birth mothers and their children, Tennant ‘decides that the time might be right to find out if her son wants to meet her’.

The winning manuscript was chosen by a judging panel comprising Debra Adelaide, Maggie Mackellar and Dominic Knight. The book was published on 19 May.

The Finch Memoir Prize was first awarded in 2010. Last year’s winner was Alan Sampson for Schools of Fish.