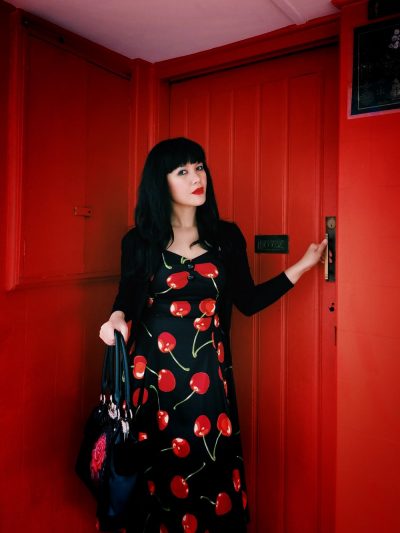 Brow Books has acquired The Impossible Fairytale by Han Yujoo, translated from the Korean by Janet Hong, as the first title to come out of a new co-publishing agreement with UK-based Tilted Axis Press. Under the co-publishing agreement, Tilted Axis will hold world English rights for each title it publishes, and will offer right of first refusal in Australia and New Zealand to Brow Books. The long-term partnership is the first international co-publishing agreement for both publishers. Tilted Axis publisher Deborah Smith said of Brow Books: ‘Their tastes and production values are very much comparable with our own, and their diverse, exciting list seemed an obvious home for our titles. Plus, their willingness to try something new in terms of a co-publishing agreement fits perfectly with our own desire to explore innovative new models.’ Tilted Axis Press was founded in London in 2015 as a non-profit organisation dedicated to publishing contemporary Asian literature, mainly by women. Brow Books was launched in 2017 as the books imprint of literary journal The Lifted Brow, and has previously sold world rights to Shaun Prescott’s debut novel The Town to Faber. Brow Books will publish The Impossible Fairytale in August when Yujoo will tour Australia as a fellow of the 2018 Writers Immersion and Cultural Exchange Program (WrICE), a reciprocal cultural exchange of writers from the Asia-Pacific region.

In related news, Brow Books has sold UK and Commonwealth rights to Sydney-based Indonesian author Intan Paramaditha’s short-fiction collection Apple and Knife to Harvill Secker. Harvill Secker also acquired UK and Commonwealth rights to a second book by Paramaditha (pictured), called The Wandering, which is described as a ‘choose-your-own-adventure-style novel about travelling the world’ that spans ‘New York, Berlin, Jakarta, Lima and beyond’. Harvill Secker senior editor Ellie Steel acquired the rights in a deal brokered by Kelly Falconer at Asia Literary Agency and described Paramaditha’s writing as ‘exhilaratingly wild, fun and feminist’. ‘We’re in awe of the brilliant things that Sam Cooney and Elizabeth Bryer are doing at Brow Books, and we’re grateful to them and to Kelly for introducing Intan’s extraordinary writing to us and to the English-speaking world,’ she said. Harvill Seckerwill publish Apple and Knife in the UK spring of 2019 and The Wandering in the UK and Australia in 2020.

Text Publishing has sold North American and UK English-language rights to Korean thriller The Plotters by Un-su Kim. Text acquired world English rights to the book via the Barbara J Zitwer Agency on behalf of Joseph Lee at Korean Literary Management, and commissioned Korean-American translator Sora Kim-Russell for the English translation. North American rights were subsequently sold at auction to Doubleday US and Random House Canada for a six-figure sum, with David Forrer from InkWell Management negotiating the deal. UK rights were also sold for a ‘significant’ amount to Anna Kelly at Fourth Estate in a five-way auction brokered by Sarah Lutyens from Lutyens & Rubinstein. Set in Seoul’s corrupt underworld, The Plotters is a noir thriller about the changing of the guard at an organisation that masterminds assassinations, described by Doubleday editor Robert Bloom as ‘a cracking commercial crime novel that sings with the soul, wit and lyricism of real literary craft’ and ‘a wake-up call to genre lovers and literary readers alike’. Text will publish The Plotters in Australia and New Zealand in August, with the UK and US to release their editions in the Northern Hemisphere’s spring of 2019.

Black Inc. has acquired world rights to a book by the former deputy leader of the Australian Greens political party, Scott Ludlam, who resigned from the Senate after it was discovered he held duel citizenship. The as-yet-untitled book, scheduled for publication in 2019, is described as a book of ideas ‘about the transformative power of ecology, technology and politics’, and of ‘people and movements that have changed the world for the better’. The book also contains stories from Ludlam’s own life. Black Inc. publisher Chris Feik described Ludlam as ‘a fine writer, with a rich store of experiences and ideas’. Ludlam’s writing has appeared in the Guardian and Australian magazine the Monthly.

In television rights, Richard Flanagan’s Man Booker Prize-winning The Narrow Road to the Deep North (Penguin), which has sold more than one million copies in 42 countries, is to be adapted for television. TV rights to Flanagan’s 2013 novel have been secured by FremantleMedia, but a broadcaster is yet to be attached to the project, according to a spokesperson for the company. FremantleMedia director of drama Jo Porter said the book was ‘ripe for screen adaptation’ with ‘huge visual potential and scale’. ‘At its core is an achingly powerful examination of the many forms of love, forged through the crucible of war,’ said Porter. ‘We are confident, like this beloved novel, it will resonate with audiences all around the world’. Flanagan said he is ‘delighted’ that his novel will be made into an international television series ‘in this age of great television drama, promising the quality, the depth, and the occasional brilliance of which the form is now capable’.

Other recent Australian rights deals include: