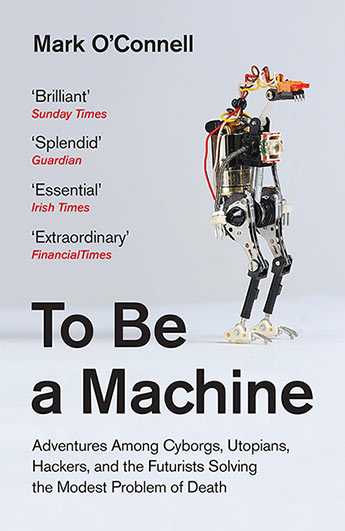 Irish author Mark O’Connell has won the 2018 Wellcome Book Prize for his debut To Be a Machine: Adventures Among Cyborgs, Utopians, Hackers and the Futurists Solving the Modest Problem of Death (Granta), a nonfiction account of the transhumanism movement.

The annual prize, worth £30,000 (A$54,850), is awarded to the best new work of fiction or nonfiction centred on medicine and health. O’Connell’s book was chosen from a shortlist of six, announced in March. It is the second debut, as well as the second book from an Irish writer, to win the award.

Chair of judges Edmund de Waal called the winning book ‘a passionate, entertaining and cogent examination of those who would choose to live forever’. ‘Mark O’Connell brilliantly examines issues of technology and singularity. In doing so he brings into focus timely issues about mortality, what it might mean to be a machine and what it truly means to be human. This is a book that will start conversations and deepen debates.’

For more information about the Wellcome Book Prize, visit the website.