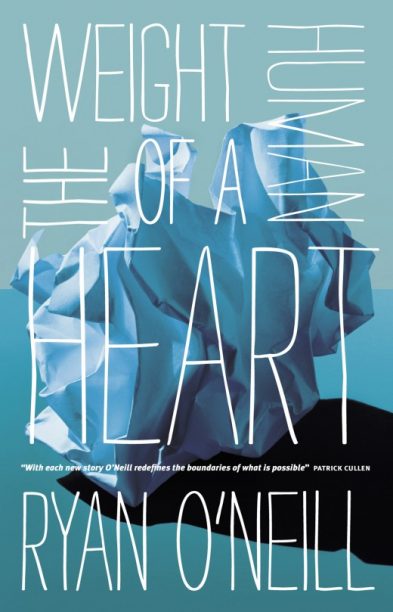 Lightning Books editor-at-large Scott Pack acquired the rights from Black Inc., making it the third title by O’Neill that Pack has acquired in under a year, following the acquisitions of Their Brilliant Careers and The Drover’s Wives.

Pack said he was ‘thrilled to now complete the hat-trick by reissuing [O’Neill’s] debut’, adding that he ‘fell in love with Ryan’s writing from the first page of Their Brilliant Careers’, which Lightning Books published in the UK earlier this year.

The Weight of a Human Heart was shortlisted for the 2013 New South Wales Premier’s Literary Awards and the 2012 Queensland Literary Awards, as well as the First Book category in the 2013 Scottish Book Awards.

The UK publisher has had a spate of recent acquisitions of work by Australian and New Zealand writers, including Emily Maguire’s 2016 crime novel An Isolated Incident and New Zealand author Catherine Chidgey’s 2017 novel The Beat of the Pendulum.

The Weight of a Human Heart will be published as an ebook later this year, and available in print in the UK in 2019.