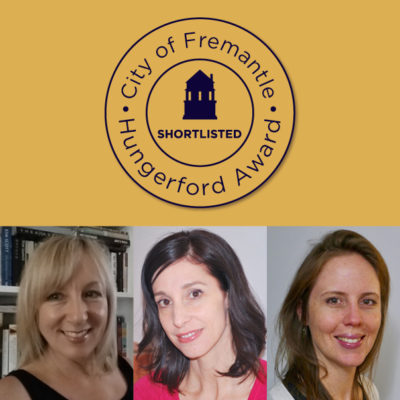 The shortlist for the 2020 City of Fremantle Hungerford Award has been announced.

The award is given biennially for a work of unpublished fiction or narrative nonfiction by a Western Australian author, with the winner receiving $15,000 in prize money from the City of Fremantle and a publishing contract with Fremantle Press.

The shortlist was chosen from a pool of 68 submissions, including 40 fiction manuscripts, 16 young adult novels, eight narrative nonfiction entries and four short story collections. This year’s judges were Sisonke Msimang, Richard Rossiter and the inaugural winner of the award, Brenda Walker.

As previously reported, as part of the award’s 30th year celebrations, the prize money was increased by $3000. The City of Fremantle also extended its sponsorship of the award until 2024 and the prize was formally renamed from the T A G Hungerford Award.

Holden Sheppard won the 2018 Hungerford Award for Invisible Boys, which went on to win the Western Australian Premier’s Book Award for an emerging writer and was recently optioned for screen.

The winner of this year’s prize will be announced on 29 October at Fremantle Arts Centre. For more information about the award, see the Fremantle Press website.