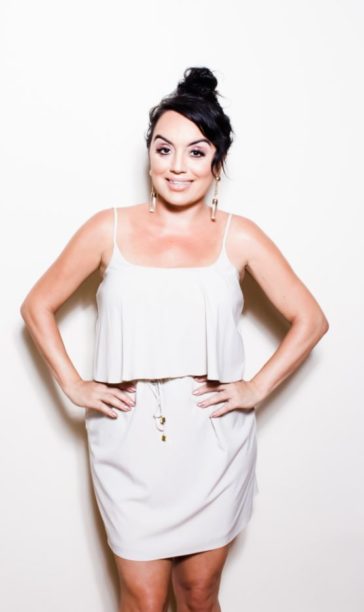 Simone Amelia Jordan has won the 2021 Richell Prize for Emerging Writers for her memoir manuscript ‘Tell Her She’s Dreamin’’.

An Australian journalist, writer, host and media consultant, Jordan founded and edited Australia’s most successful hip-hop magazine, Urban Hitz, at just 23 years old and has held senior positions at Channel 10, the Source Magazine and the Daily Mail. She lived in New York City for a decade, where she was the first Australian host of the SiriusXM Radio show Hip-Hop Nation and currently works as a media consultant at Higher Ground Consulting Agency, which has a special focus on emerging Australian talent from culturally and linguistically diverse and First Nations backgrounds.

‘The story of Simone’s migrant upbringing and her love of hip-hop music is heart-warming and inspirational,’ said Hachette. ‘In a narrative filled with sharp observations as well as a stinging commentary on the social milieu of her childhood and teen years, this writer has achieved a fine balance between her personal story and how that interweaves with the larger picture of family history, the music industry and an inherently racist society.’

Jordan said she was ‘incredibly honoured’ to accept prize, thanking the judges and acknowledging the entrants and longlisted and shortlisted authors. ‘To Hachette Australia and the Emerging Writers Festival, my gratitude runs deep. And to Hannah Richell, I promise to make you and Matt proud.’

‘Being an author is an accomplishment I’ve craved for a long time, a privilege that’s felt like a pipe dream—until now. The Richell Prize will support me on the path to becoming a fresh, and hopefully needed, voice in Australian literature. Earlier this week, I watched my favourite living rapper Jay-Z get inducted into the Rock & Roll Hall of Fame. During his speech, he said it was the “audacity of hip-hop” that kept him focused when his career faced setbacks. This is true for so many of us, myself included. We can be counted out, overlooked and discouraged, but we keep on keepin’ on. My memoir is a love letter to hip-hop, where I first discovered my passion for words. And its title, ‘Tell Her She’s Dreamin’’, is a dedication to all women, especially culturally diverse ones like me, who are driven by the hunger for more.

‘Unimaginable things happen when you throw caution to the wind. So I want to thank Hachette Australia and the Emerging Writers Festival—and my beautiful Mum, and family—for encouraging me to be bold and brave and submit my work for this incredible opportunity.’

Ruby-Rose Pivet-Marsh, artistic director and co-CEO of the Emerging Writers’ Festival, which partners with Hachette and the Richell family to administer the prize, said the 2021 prize attracted 850 entries, ‘a testament to the important role that the Richell Prize plays in the journey of so many emerging writers’.

‘Simone Jordan has a powerful story to tell—one of growing up “other”, of fighting for recognition and representation, of challenging systemic hierarchies and rising to the top of a fiercely competitive and often overtly sexist industry,’ said Hachette Australia group publishing director Fiona Hazard. ‘Already a skilled journalist, the judges felt Simone’s work was immediately engaging and quick to evoke emotion. Family love and humour were vibrantly portrayed on the page and left all the judges wanting to read more.’

Jordan’s entry was chosen from a shortlist of five announced last month and a longlist announced in September. She receives $10,000 and a mentorship with a Hachette publisher to help develop the work for publication. Hachette has the first option to consider the finished work and shortlisted entries for publication.