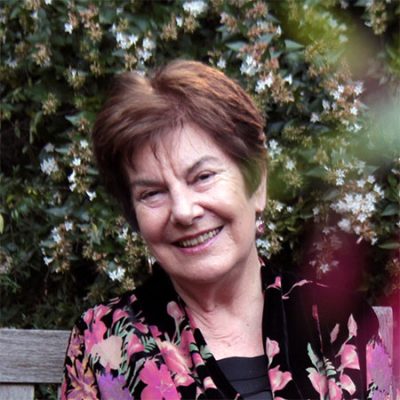 A number of book industry figures have been recognised in the annual Australia Day honours.

Children’s author Jennifer Rowe was made a Companion (AC) in the General Division of the Order of Australia for ‘eminent service to literature as an author, particularly in the children’s fiction and adult mystery genres’. Rowe has published hundreds of books using her own name and the pseudonyms Emily Rodda and Mary-Anne Dickinson, and is well known for ‘The Deltora Quest’ series (as Rodda). She has won the Children’s Book Council of Australia (CBCA) Book of the Year Award in the younger readers category five times and was awarded the Dromkeen Medal in 1995.

Children’s author and illustrator Alison Lester was made a Member (AM) in the General Division of the Order of Australia for ‘significant service to literature as a children’s author and illustrator, and to Indigenous literacy’. She has published more than 50 books, won the CBCA Picture Book of the Year in 2005, and was awarded the Dromkeen Medal in 2016. In 2018, she was awarded the $60,000 Melbourne Prize for Literature. Lester was made an inaugural Australian Children’s Laureate from 2011 to 2013 and has been ambassador for the Indigenous Literacy Foundation since 2013. This year she was honoured by Australia Post as one of five children’s authors on the ‘Australian legends’ postage stamp series.

Entertainer Magda Szubanski was awarded Officer (AO) in the General Division of the Order of Australia for ‘distinguished service to the performing arts as an actor, comedian and writer, and as a campaigner for marriage equality.’ She is author of Reckoning: A Memoir (Text), which won the book of the year and biography of the year at the Australian Book Industry Awards 2016 as well as the Douglas Stewart prize for nonfiction at the NSW Premier’s Literary Award 2016.

Sophie Masson, author of over 60 books, received an AM for ‘significant service to literature as an author and publisher, and through roles with industry organisations’. Masson is the current president of the New England and North West sub-branch of the CBCA. She is currently chair of the New England Writers Centre, a board member of the Small Press Network, and writer ambassador of Room to Read. She is co-founder of Eagle Books and Second Look Publishing, and founding partner and co-director of Christmas Press. Masson has also served as chair and member of the executive committee of the Australian Society of Authors.

ABC Radio Melbourne broadcaster Jon Faine, who recently announced his retirement, received an AM for ‘significant service to the broadcast media as a radio presenter, to the law, and to the community’. He is also the author, with his son Jack, of From Here to There (ABC Books).

Author and academic Lyndall Ryan received an AM for ‘significant service to higher education, particularly to Indigenous history and women’s studies’. She is author of The Aboriginal Tasmanians (UQP) and Tasmanian Aborigines: A History Since 1803 (A&U), and created the 2017 online mapping project ‘Colonial Frontier Massacres in Eastern Australia 1788-1872’.

Author and journalist Matthew Condon received a Medal of the Order of Australia (OAM) for ‘service to the community’. He is the author of several books of fiction and nonfiction, and his work has contributed to ‘public awareness and improved transparency, particularly within the Queensland Police Service’.

Academic Judy Atkinson received an OAM for ‘service to the Indigenous community of Victoria’. She is author of Trauma Trails, Recreating Songlines: The Transgenerational Effects of Trauma in Indigenous Australia (Spinifex) and co-author of the ‘Aboriginal and Torres Strait Islander Women’s Task Force on Violence Report’ for the Queensland government.

Divers Richard Harris and Craig Challen have been honoured as the 2019 Australians of the Year in recognition of their contribution to the Tham Luang cave rescue, which saved the lives of 12 young Thai soccer players and their 25-year-old soccer coach last July. Along with coach Ekkapol Chantawong, they are the authors of Into the Dark: The Dramatic Story of the Thai Cave Rescue, due to be published by Penguin Random House in late 2019.