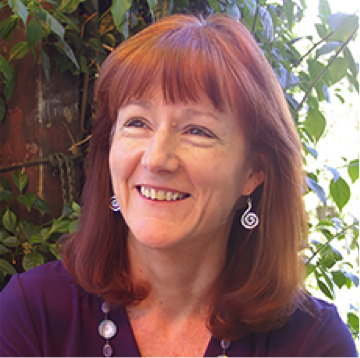 Australian crime-fiction continues its globetrotting ways. UK publisher Verve Books has recently acquired world rights to the Debut Dagger-shortlisted crime novel Trust Me, I’m Dead and a second novel by Australian author Sherryl Clark via the Authors’ Agent. The novel follows ‘gutsy, unapologetic protagonist’ Judi Westerholme as she tries to piece together the clues that her estranged brother left behind before he was murdered.

North American rights to S A Jones’ novel The Fortress (Echo Publishing) have been sold to new US spec-fiction publisher Erewhon Books. The Fortress tells the story of a misogynistic businessman who, in order to save his marriage, enters a self-sustaining, utopian city-state that is occupied by all women.

US publisher Catapult has acquired North American rights to journalist and academic Ruby Hamad’s forthcoming nonfiction book White Tears/Brown Scars (Melbourne University Publishing). Hamad’s book, which grew out of an opinion piece in the Guardian that went viral, examines Black, Indigenous and Arab feminisms to show how white distress has been weaponised against women of colour.

UWA Publishing has sold Arabic-language rights to On Happiness: New Ideas for the Twenty-First Century (ed by Camilla Nelson, Deborah Pike and Georgina Ledvinka) to That Al Salasil.

Scribe has acquired world rights to Laura Jean McKay’s debut literary spec-fiction The Animals in That Country, which imagines a world in which humans and animals understand each other. Associate publisher Marika Webb-Pullman said McKay has ‘captured a darkly funny, twisted, and fraught animal world that is both captivating and feels entirely possible’.

Fremantle Press has acquired ANZ rights to two debut books from authors shortlisted for its T A G Hungerford Award. Julie Sprigg’s memoir Chewing Porridge shares her experiences as a physiotherapist in the slums of Ethiopia, while Yuot A Alaak’s book Father of the Lost Boys tells the story of how the author’s father led almost 20,000 unaccompanied minors, including himself, out of danger during Africa’s longest civil war.

HarperCollins has acquired ANZ rights to Vicki Laveau-Harvie’s memoir The Erratics—‘a ferocious, sharp, darkly funny and wholly compelling memoir of families’—which has been shortlisted for the Stella Prize for Australian women’s writing. The Erratics was published by Finch Publishing shortly before the closure of the publishing house in 2018.

HarperCollins has also acquired ANZ rights to former Harper’s Bazaar editor Alexandra Joel’s debut novel The Paris Model in a three-book deal. Inspired by a true story, it follows protagonist Grace Woods as she leaves her sheep station home in Australia to travel to postwar France, where she works as a mannequin for Christian Dior and mixes with socialites, royalty, famous authors, artists, diplomats and politicians.

Allen & Unwin has acquired world rights to a book by investigative journalist and broadcaster Lucie Morris-Marr, who broke the story that Cardinal George Pell was being investigated by police. Fallen includes as yet unreported details from the court proceedings, and also details the author’s own journey as she investigated the biggest story of her career.

Brio Books has sold the film option to Elizabeth Tan’s debut novel Rubik to Australian production company Photoplay (rights to Rubik have already been sold to the US and Canada).

A feature film adaptation of Cameron Bloom and Bradley Trevor Greive’s nonfiction book Penguin Bloom (ABC Books) has received production funding from Screen Australia. Naomi Watts will star in the film adaptation, which tells the true story of the young Bloom family struggling to come to terms with their mother’s life-changing injury, when an injured magpie chick enters their lives.