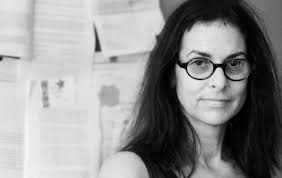 Melbourne-based poet Jordie Albiston has been named the winner of the $20,000 Patrick White Literary Award for 2019.

Albiston is the author of 12 collections of poetry and a handbook on poetic form, and has had two of her works adapted for musical theatre. She has been awarded the Kenneth Slessor Prize for poetry, the Mary Gilmore Award, the Wesley Michel Wright Prize and the NSW Premier’s Prize.

‘It is one of the pleasures of my life to receive the Patrick White Literary Award,’ said Albiston. ‘I am a full-time poet and my days are solitary. To be honoured like this in the public realm is an unexpected thrill, which will affect my work and myself for years to come.’

The award was presented on 16 November at the Readings bookshop at State Library of Victoria.