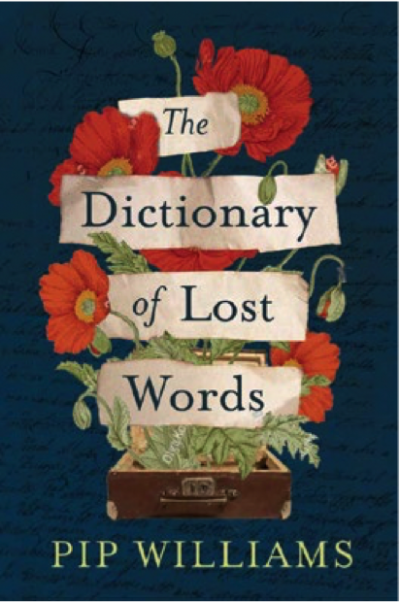 International rights to Pip Williams’ forthcoming debut novel The Dictionary of Lost Words (Affirm, April) have sold in multiple territories, including UK and Commonwealth rights (ex ANZ) to PRH imprint Chatto & Windus, US rights to PRH imprint Ballantine, German-language rights to PRH imprint Heyne Verlag and Italian-language rights to Garzanti, with international territories expected to publish in 2021. All deals were negotiated by Linda Kaplan of Kaplan DeFiore Agency. Based on historical events, Williams’ novel follows a curious girl collecting words dropped by her father and his team of lexicographers who are developing the very first Oxford English Dictionary.

North American rights to Genevieve Gannon’s recently published novel The Mothers (Allen & Unwin) have sold to HarperCollins imprint William Morrow via Jeanne Ryckmans from Cameron’s Management, with a TV option also snapped up. The Mothers takes its inspiration from a real-life IVF laboratory mix-up, and follows ‘the dilemma of two couples, one baby and an unimaginable choice’.

Ventura Press has sold UK rights to Katherine Johnson’s novel Paris Savages to independent publisher Allison and Busby, which will publish the novel in the UK in late 2020. Paris Savages is based on the true story of three Indigenous Australians who were taken to perform as part of ethnographic exhibitions in Europe in the 1800s. The sale was negotiated by Ben Fowler at Abner Stein.

Allen & Unwin has sold world English-language rights (ex ANZ) to novelist Kathryn Heyman’s forthcoming memoir Fury to Myriad Editions via Isobel Dixon of Blake Friedmann. Fury tells the story of how a 20-year-old Heyman ran away from her life after a traumatic sexual assault and subsequent trial, becoming a deckhand on a trawler in the Timor Sea. A&U will publish Fury in Australia in July 2020 and Myriad will publish in the UK in September 2020.

Brandl & Schlesinger has sold North American rights to David Brooks’ ‘memoir and elegy for animal rights’, The Grass Library, to Ashland Creek Press. The Grass Library is pitched as a ‘philosophical and poetic journey that recounts the author’s relationship with his four sheep and other animals in his home in the Blue Mountains’.

Pantera Press has sold rights in several territories to Lucy Bell’s You Can Change the World, an illustrated practical guide ‘designed to empower kids to make changes in their lives to help make a difference in the world’. North American rights were sold to Andrews McMeel and world English-language rights (non-exclusive in North America) to HarperCollins UK, who will publish the book for a younger age group under the title You Can Save the Planet. Pantera also sold world German-language rights to Loewe, via Michael Meller Literary Agency, and world Spanish-language rights to Grupo Anaya, via Antonia Kerrigan Literary Agency. ‘You Can Change the World is proof that commercial success and social value can go hand in hand,’ said Andrews McMeel editor Kevin Kotur. International editions are scheduled for 2020.

Penguin Random House Australia has sold North American and UK and Commonwealth rights (ex ANZ) to the first three books in Gavin Aung Than’s middle-grade graphic novel series ‘Super Sidekicks’ to Random House Children’s Books and PRH UK respectively, and has licensed Norwegian translation rights to the first title to independent publisher Aschehoug. The first book was released in the US and UK in January 2020. ‘Super Sidekicks’ follows four superhero sidekicks who team up to form their own crime-fighting team.

Fremantle Press has sold Turkish-language rights to More and More and More (Ian Much)—a picture book that explores consumerism and sustainability—to İş Kültür. The story follows two friends who love to collect things, until their planet begins to crumble under the weight of all their stuff.