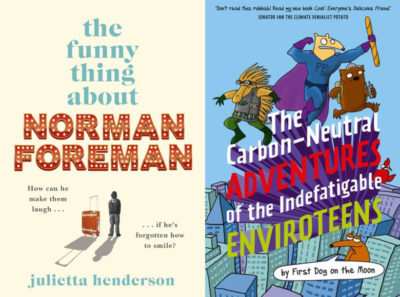 In October Books+Publishing reviewed more than a dozen forthcoming titles due to be published in December 2020 and January 2021.

In adult fiction, lighthearted summer reads The Funny Thing About Norman Foreman and The Women and the Girls garnered positive reviews, while reviewer Elizabeth Flux said Catherine Jinks’s thriller Shelter deserves to be read in one sitting. Also publishing in January next year is Alison Gibbs’s debut novel Repentence, which reviewer Deborah Crabtree said will appeal to readers who savour language over pace and appreciators of accomplished and tender storytelling. She also spoke with the author about the genesis of the novel, which came out of a Varuna grant.

In nonfiction, summer will see the publication of several anthologies reflecting on the hardships of the past year. Joanne Shiells said the brevity of the essays in the Sophie Cunningham-edited Fire, Flood, Plague make it easy to dip in and out of, while the ABC anthology Black Summer, which reviewer Michael Kitson said ‘contains some of the very best words you can read on the subject’. Also coming in January is Dingo Bold, Rowena Lennox’s ‘thoroughly engaging and deeply persona’ look at human–dingo relations on K’gari (Fraser Island).

The state of accessible publishing in Australia  Features

A year of transformation: The industry reflects on 2020  Features