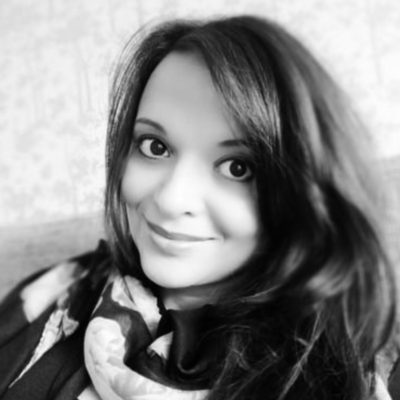 How did you become a rights agent?

I started out as an assistant in the business development department at Penguin (long before the merger with Random House). Within a year I had moved over to the rights department as a rights assistant working on the children’s list. A year later, I was promoted to rights executive. I got to work on some amazing titles by wonderful authors, including Sonya Hartnett, Melina Marchetta, Morris Gleitzman, Leigh Hobbs, Pamela Allen and Ursula Dubosarsky, just to name a few. It was a wonderful experience but after almost eight years in the role, I felt it was time for a change.

I went on to work at Five Mile Press (then owned by Swedish media giant Bonnier). This was quite a different and challenging role as it mainly focused on co-editions of board books and novelty books. I was responsible for Eastern Europe, Scandinavia and the Netherlands. I got a lot of experience working on co-editions, something I hadn’t done much of at Penguin.

After a couple of years at Five Mile I took some time off to have my daughter. I started doing some freelance work and was getting more and more independent publishers interested in rights representation, so in 2017 I set up The Rights Hive, a literary rights agency that represents mostly independent Australian publishers for both adult and children’s titles. We work with about 16 foreign language sub-agents and literary scouts across the globe and I work directly with US and UK publishers. We also work on film and audio rights. Last year we optioned Magabala’s award-winning title Ruby Moonlight by Ali Cobby Eckerman to Arena Media, the production company behind The Dry.

What do you love most about your job?

Rights selling really is all about relationships. It’s imperative to have good relationships with international publishers, to have a good understanding of what they publish, what they’re looking for in new projects, what’s working in their market. Those publishers value my experience and knowledge of their lists and they know that if I’m sending them something, it will be something of quality and something they would be happy to consider. I really love being part of the international publishing community so matching the right book to the right publisher overseas is just the best thing of all!

What titles are you currently pitching?

I’m always working on multiple submissions at once. One of the key titles I’m currently working on is a novel from Karyn Sepulveda called The Women’s Circle, published by Ventura Press, about a woman in the present day who has just been released from prison after eight years. Feeling isolated and deeply lonely, she joins an alternative women’s support group called The Women’s Circle. When she touches an ancient crystal, she connects to a woman from 1770s England, where a brutal regime is tormenting a small village, which is determined to keep its women apart. It’s a bit The Handmaid’s Tale meets The Natural Way of Things. I’m really excited about it.

I’m also working on a delightful picture book from Windy Hollow Books called All Dogs Bark by Catherine Meatheringham, with gorgeous illustrations by Deb Hudson, all about the different ways dogs say ‘woof, woof’ in different languages around the world.

On the nonfiction side, I’m working on The A–Z of Feelings, published by Bad Apple Press. The author Andrew Fuller, one of Australia’s best-loved psychologists, examines the most common array of emotions and explains what they are, how they work and how you can use them for your own personal good, rather than letting them rule your life. Definitely a book for our times.

What have been your biggest rights successes over the past year?

Without a doubt the biggest success story on my list has been The Enlightenment of the Greengage Tree by Shokoofeh Azar, published by Wild Dingo Press. This book was originally published in 2017 and was shortlisted for the Stella Prize. I immediately fell in love with this brutal yet beautiful book, which traces one family’s trauma during the 1979 Iranian revolution, and is told through traditional Persian storytelling and imbued with a shimmering kind of magical realism. The author was a political refugee to Australia. She originally wrote the book in her native Farsi and Wild Dingo was the only publisher willing to take a chance on it and translate and publish it in English. I’ve now sold it into 12 territories and it was shortlisted last year for the International Booker Prize and longlisted for the PEN National Book Award. If you haven’t read this book yet I highly recommend you go out and get yourself a copy. It’s unlike anything else I’ve ever read before.

I’ve also just recently sold the US and UK rights to Benevolence by Julie Janson, published by Magabala Books, to HarperVia. For perhaps the first time in novel form, Benevolence presents an important era in Australia’s history from an Aboriginal perspective. Told through the fictional characterisation of Darug woman Muraging (Mary James), Benevolence is a compelling story of first contact. Born around 1813, Muraging is among the earliest Darug generations to experience the impact of British colonisation—a time of cataclysmic change and violence, but also remarkable survival and resistance. It’s a bit like The Secret River by Kate Grenville but told from an Aboriginal perspective.

Which title or author on your list do you believe deserves greater recognition overseas?

I would definitely have to say crime fiction writer Alan Carter. I loved his book Marlborough Man, published by Fremantle Press, set in the Marlborough region of New Zealand. It’s a bit Top of the Lake meets Shetland, where the landscape is a kind of character itself. I’ve been working for some time to place this title overseas, particularly in the US and UK, and have come close a couple of times, but I will not give up until I finally find the right publisher. It was the winner of New Zealand’s Ngaio Marsh Award for Best Crime Fiction and shortlisted for the Ned Kelly Award for Best Crime Fiction. We sold German rights, where it debuted at number six on their crime fiction list.

How has Covid-19 changed the ways you make contacts and sell rights?

To be honest, it hasn’t changed it all that much. Most of my submissions are done via email throughout the year anyway. Things that have changed, of course, are being able to attend book fairs. As much we all sometimes bemoan book fairs, I’ve actually really missed them. There’s nothing like meeting with international colleagues in person. Zoom just can’t replace that! However, the pandemic has shown us that we can work more flexibly and be in touch with international colleagues more regularly via Zoom. I think this is something that will likely continue into the future even when the pandemic is finally over.

What are you currently reading?

I just finished reading Spring Clean for the Peach Queen, a delightful rom-com by debut author Sasha Wasley, published by Pantera Press. I’m now reading Poly by Paul Dalgarno, published by Ventura Press. It’s about a Melbourne couple who become polyamorous in a bid to save their marriage. It couldn’t be more different from the previous title! I’m also a huge audiobook fan and am currently listening to Judith Lucy’s Turns Out I’m Fine (S&S) on my daily one-hour walk—a positive habit I picked up during Melbourne’s extensive lockdown last year. And as always, I’ve got a huge TBR pile I am dying to get to. A problem I’m happy to have!