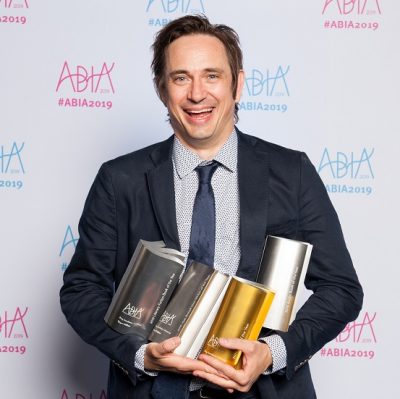 ‘Boy Swallows Universe’ wins book of the year at ABIAs

Deep Time Dreaming: Uncovering Ancient Australia by historian Billy Griffiths (Black Inc.) has won Book of the Year at the NSW Premier’s Literary Awards, as well as the Ernest Scott Prize for history. Judges said Deep Time Dreaming was ‘a revelation, showing that the influence of archaeology on the Australian consciousness has been far greater than anyone could have guessed’. Awards were also presented to Michelle de Kretser’s The Life to Come (Allen & Unwin), Trent Dalton’s Boy Swallows Universe (Fourth Estate) and Sarah Krasnostein’s The Trauma Cleaner: One Woman’s Extraordinary Life in Death, Decay and Disaster (Text), among others.

David Cohen’s The Hunter and Other Stories of Men (Transit Lounge) has won the Russell Prize for humour writing. Shortlists have also been announced for the Australian Literature Society (ALS) Gold Medal, the Ashurst Business Literature Prize and the Norma K Hemming Award for speculative fiction that explores the themes of race, gender, sexuality, class or disability.