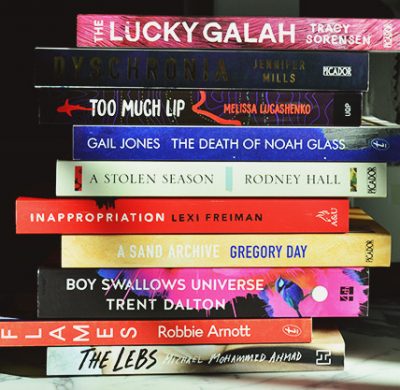 A number of Australian authors have won, or are in the running for, international prizes. Publisher and author Angela Meyer has won the inaugural Mslexia Novella Competition for her forthcoming novella Joan Smokes (Contraband); and Canada-based Australian comics artist Tommi Parrish has won the Lambda Literary Award for a graphic novel for their book The Lie and How We Told It (Fantagraphics).