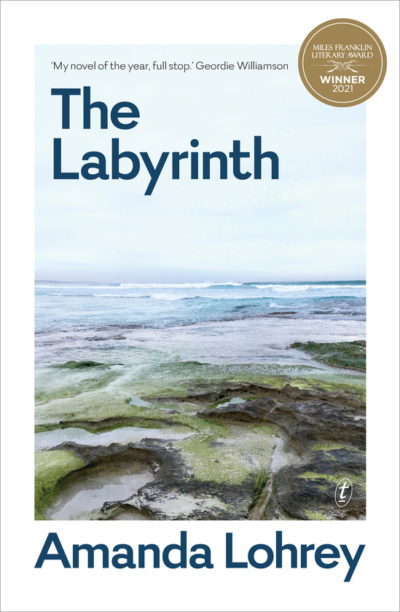 Amanda Lohrey has won Australia’s prestigious Miles Franklin Literary Award for her seventh novel The Labyrinth (Text), ‘the work of a major novelist at the peak of her powers’, according to her publisher Michael Heyward.

The Labyrinth tells the story of Erica Marsden, who retreats to a quiet hamlet near the prison where her son has been incarcerated, where she obsesses over creating a labyrinth by the ocean. ‘The Labyrinth is an elegiac novel, soaked in sadness,’ said the judges. ‘It is a beautifully written reflection on the conflicts between parents and children, men and women, and the value and purpose of creative work.’

Two finalists for this year’s Miles Franklin Award have picked up other literary prizes in recent months. Nardi Simpson has won the Australian Literature Society (ALS) Gold Medal and the Queensland Premier’s Fiction Award for her debut novel Song of the Crocodile (Hachette), an intergenerational family saga set in a rural town undergoing social and environmental change; and Robbie Arnott has won the Age Book of the Year for his second novel The Rain Heron (Text), a lyrical novel grounded in deeper issues about climate change.

The Children’s Book Council of Australia (CBCA) Book of the Year Awards winners and honour books were announced in August. The winners include Davina Bell’s YA novel The End of the World is Bigger than Love (Text), Kate Gordon’s middle-grade novel Aster’s Good, Right Things (Riveted Press), and picture books No! Never! (Libby Hathorn & Lisa Hathorn-Jarman, illus by Mel Pearce, Lothian) and How to Make a Bird (Meg McKinlay, illus by Matt Ottley, Walker).

Other awards announcements in recent months include: