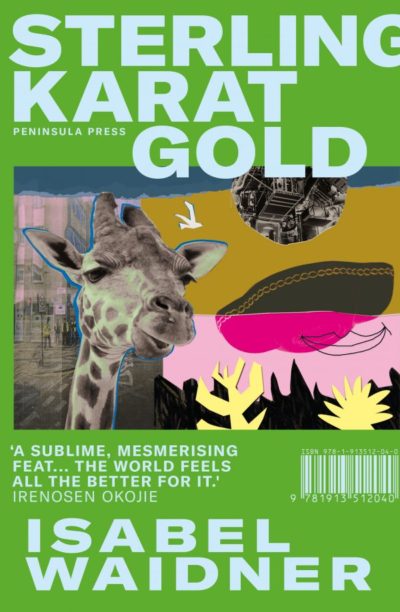 In the UK, Isabel Waidner has won the £10,000 (A$18,300) Goldsmiths Prize for their third novel Sterling Karat Gold (Peninsula Press).

The publisher describes Waidner’s novel as ‘Kafka’s The Trial written for the era of gaslighting. A surreal inquiry into the real effects of state violence on gender-nonconforming, working-class and Black bodies.’

‘Isabel Waidner collides the real and the mythic, the beautiful and the grotesque, to mind-bending effect,’ said judge and author Kamila Shamsie. ‘Time-travel constrained by the limitations of Google Maps and trials out of Hieronymus Bosch never out-dazzle the human heart in this novel of friendship, art, injustice and all that can be imagined and unimagined.’

Sterling Karat Gold was chosen as the winner from a shortlist of six announced in October.

Established in 2013 by Goldsmiths University of London, the prize rewards fiction that ‘breaks the mould or extends the possibilities of the novel form’ and ’embodies the spirit of invention that characterises the genre at its best’.

Recent winners of the literary award include The Sunken Land Begins to Rise Again by M John Harrison (Gollancz) and Ducks, Newburyport by Lucy Ellmann (Text).