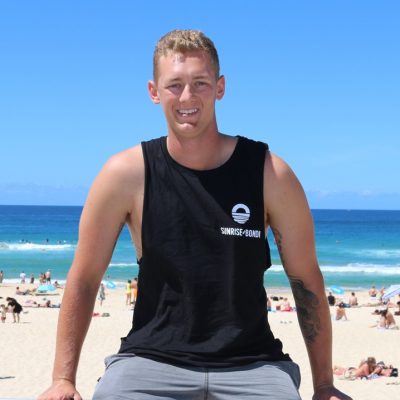 Affirm Press has acquired a children’s fiction series by Australian lifeguard and TV star Trent ‘Maxi’ Maxwell. The series, co-written by children’s book author David Lawrence, will centre on ‘a young Maxi’s life on Bondi and his dream of becoming a lifeguard, with safety tips as a secondary focus’. Maxwell was Australia’s youngest ever lifeguard to patrol Bondi Beach when he began at 16. He has over 100,000 followers on Instagram and Twitter and is an ambassador for Tourism Australia and the Royal Life Saving Society UK.

Walker Books has signed a two-book deal with Australian comedian Andrew Hansen and his wife, designer Jessica Roberts. The first title from the duo is Bab Sharkey and the Animal Mummies: The Weird Beard, a funny adventure story that follows Bab, a lonely 12-year-old boy who ‘unexpectedly finds the friends he’s always needed: a pair of undead animals wrapped in bandages’, and is transported to the ‘bizarre city of the Animal Mummies’. Hansen and Roberts said they were inspired by the large collection of mummified animals at the Cairo Museum. ‘They were amazing and terrifying and we wondered what their stories were.’

Australian author Justin Woolley’s post-apocalyptic YA zombie trilogy ‘The Territory’ (Momentum) has been optioned for screen by Australian director Dana-Lee Mierowsky Bennett following negotiation by Alex Adsett Publishing Services. Bennett said she had been looking for a post-apocalyptic Australian-set story to adapt for screen. ‘What excites me about this story is the unique dystopian outback world and the strong characters who dig within themselves to find courage as they fight to free those repressed in their world.’

Scholastic has sold US, UK, Canadian English-language and Chinese rights to Pig the Elf (Aaron Blabey), the latest book in the author’s bestselling picture book series starring Pig the Pug.

Hardie Grant Egmont has sold simplified Chinese rights to Ponk! (Edwina Wyatt & Christopher Nielsen), a humorous picture book about a flightless bird who chooses to live at the top of a tree because of the view.

Scholastic has sold Canadian English-language rights to the first three books in Jack Heath’s action-adventure series ‘Countdown to Danger’, in which the stories play out over 30 minutes to match the average reading time of each book.

Penguin Random House has sold Bulgarian-language rights to Melina Marchetta’s 2011 YA novel The Piper’s Son, a companion to her acclaimed novel Saving Francesca.