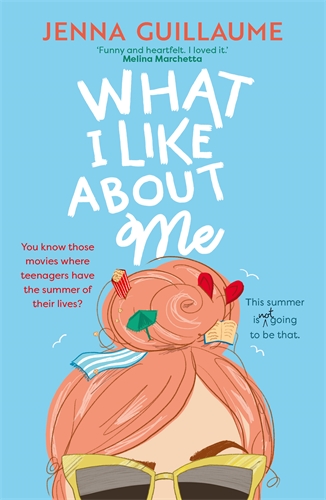 US and Canadian rights and French-language rights have been sold to Jenna Guillaume’s YA debut What I Like About Me (Pan) to Peachtree Publishing and Pocket Jeunesse, respectively. What I Like About Me is the first book from Guillaume, former editor-at-large for BuzzFeed Australia, and is written as the diary of a 16-year-old girl over the course of her summer holidays.

Rights to books four to six in Jessica Townsend’s ‘Nevermoor’ series have been jointly acquired by Hachette Australia, Hachette Children’s Group UK, and Little, Brown Books for Young Readers in the US. The first book in the series, Nevermoor: The Trials of Morrigan Crow (Lothian), broke the record for the fastest selling children’s debut in Australian history. Rights have been sold in 38 languages and optioned by 20th Century Fox.

Herschend Entertainment Studios has acquired film and TV rights to Garth Nix’s seven-book YA fantasy series ‘The Keys to the Kingdom’ (Allen & Unwin). Published between 2003 and 2010, the series follows the adventures of a 12-year-old boy who is chosen to become the heir to the house at the centre of the universe. Nix’s middle-grade novel Frogkisser! (Allen & Unwin) is currently being adapted into a live-action/animated musical film by US-based Fox Animation and Blue Sky Studios.

Aaron Blabey’s picture book Thelma the Unicorn (Scholastic) will be adapted into an animated musical film for Netflix by husband-and-wife filmmakers Jared and Jerusha Hess (Napoleon Dynamite, Nacho Libre), who said ‘the lovable misfits in [Blabey’s] books feel right at home for us’. Thelma the Unicorn has sold over 1.6 million copies since it was first published in 2015, and has been distributed in 14 countries. Last year, DreamWorks Animation began development on a feature animated film based on Blabey’s illustrated chapter book series ‘The Bad Guys’ (Scholastic).