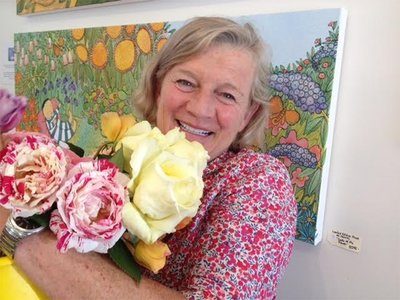 Children’s author and illustrator Alison Lester has won the Melbourne Prize for Literature, presented every three years to a Victorian author ‘whose body of published work has made an outstanding contribution to Australian literature, as well as to cultural and intellectual life’. Among the author’s best-known works are Are We There Yet?, Kissed by the Moon (Penguin Random House Australia), Imagine, Magic Beach, Noni the Pony (Allen & Unwin) and The Very Noisy Baby (Affirm Press).

The Australian Family Therapists’ Award for children’s literature has been presented to two YA books: Megan Jacobson’s novel The Build-up Season (Penguin Random House Australia), which explores family and identity against the backdrop of Darwin’s wet season; and Nevo Zisin’s autobiography about gender ‘and everything that comes with it’ Finding Nevo (Black Dog Books).

At the Queensland Literary Awards, Cally Black’s hostage drama In the Dark Spaces (Hardie Grant Egmont) won in the YA category and Peter Carnavas’ novel for younger readers The Elephant (University of Queensland Press)—about a young girl who imagines her dad’s sadness as a large grey elephant—won in the children’s category.

Several Australian children’s book authors and illustrators have also been nominated for the Astrid Lindgren Memorial Award and Carnegie and Kate Greenaway medals; and shortlisted for Japan’s Sakura Medal.